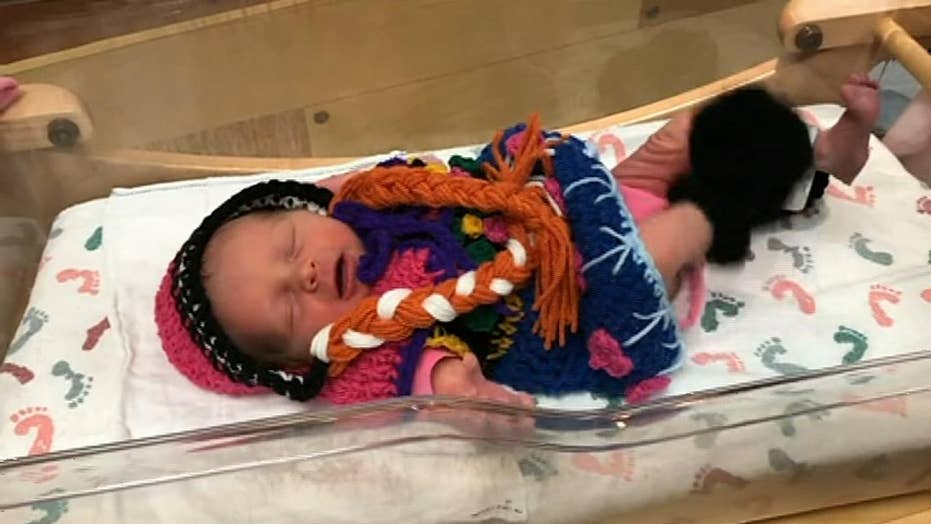 Saint Luke’s South Hospital in Kansas dressed the newborns as characters from ‘Frozen 2’ just in time for the sequel to hit the theaters.

Elsa, Anna, and Olaf were recently spotted in one Kansas hospital's maternity ward after newborns there were dressed up as the beloved “Frozen” characters.

To celebrate the release of Disney’s “Frozen 2,” hospital staff at Saint Luke’s South Hospital in Overland Park, Kan., dressed some of the babies in “Frozen”-inspired costumes. The handmade items were purchased from a Texas-based crochet shop, according to Parents magazine.

“Let them in! Let them see! Our maternity ward at Saint Luke's South has been ‘Frozen’ over. Anna, Elsa, and Olaf are here and they all like warm hugs. Remember, love is always an open door at Saint Luke's. Don't let it go!” the hospital captioned the photos.

The hospital also shared a video of the newborns being dressed in the costumes.

“Thanks for sharing! Warms my heart!” said one person in response to the video.

“I can’t even with these babies! I mean, seriously, I just can’t let it go!” said another.

“Frozen 2,” which was released Nov. 22, topped the box office for a second time and set a whopping record on Thanksgiving weekend.