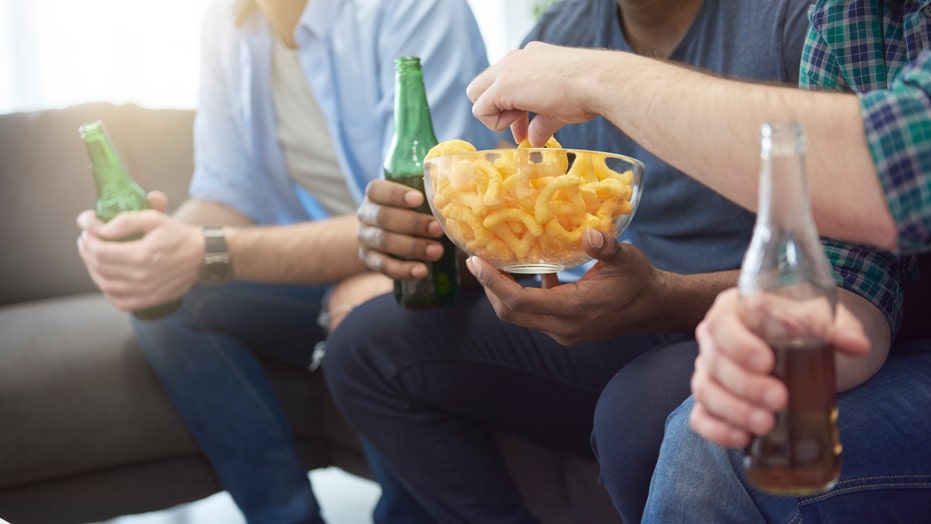 Pizza, candy, chips and other processed, high-fat food can cause permanent damage to sperm, according to a new study from Harvard University.

The researchers studied nearly 3,000 men ages 18 to 20 and found that vegetarians and those with diets rich in fruit, veggies, chicken and fish had higher sperm counts than those on a “Western diet” of processed meats and junk food. The results will be presented this week at the annual European Society for Human Reproduction and Embryology conference in Vienna.

“It’s almost certain that this is down to an effect that those with the better diets are taking in more antioxidants,” fertility expert Professor Allan Pacey of Sheffield University tells The Independent. “With pizza, chips and red meat we know that the oxidative stress goes up and that is bad for sperm.”

Harvard researchers expect the news to hit the male ego where it hurts.

Lead study author Dr. Jorge Chavarro tells the UK’s Telegraph, “You would be surprised to see how sensitive young men are to things that might affect sperm count, because it’s a perceived measure of masculinity.”

The World Health Organization considers a normal sperm count to contain 39 million or more sperm per ejaculate. Study subjects who ate a Western diet were found to have 25.6 million fewer sperm per instance than the subjects with the best eating habits.

The researchers believe that processed foods damage the health of sperm-producing cells, or Sertoli cells. And though eating better can improve sperm health over time, Sertoli cells cannot be recovered — meaning, even if you eat better later in life, bad habits early on can do irrevocable damage to sperm production.

Male infertility has skyrocketed over the last 15 years, according to one 2018 study, which reported dwindling sperm samples from the US and Spain.