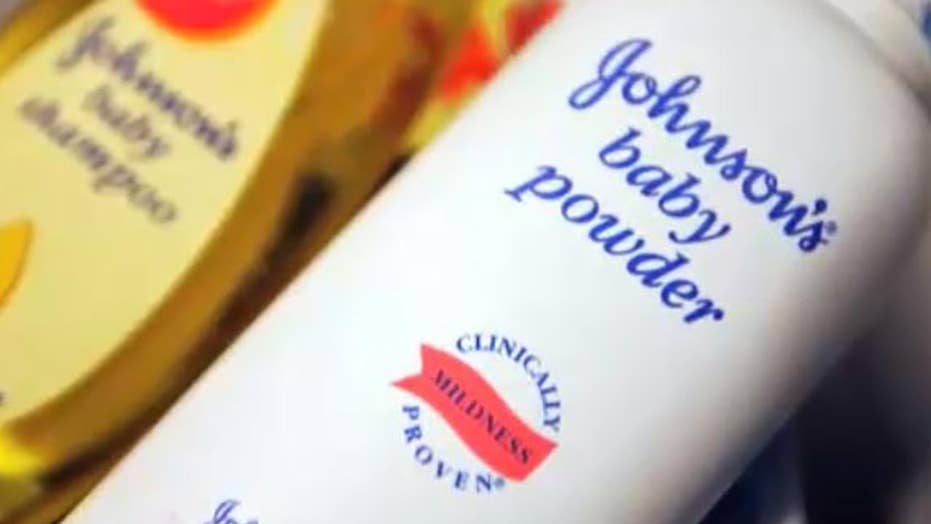 Dr. Marc Siegel weighs in on of claims of cancer link in baby powder prompting a DOJ investigation into Johnson &amp; Johnson.

Johnson & Johnson on Friday announced a voluntary recall of a single lot of its baby powder over concerns the product may contain asbestos.

In a statement posted to its website, the company said the recall was issued “out of an abundance of caution” after testing by the Food and Drug Administration (FDA) indicated “the presence of sub-trace levels of chrysotile asbestos contamination” in a single bottle of the powder purchased from an online retailer. J&J claims the level of asbestos detected was “no greater than 0.00002 [percent].”

A spokesperson for the company, Ernie Knewitz, told The New York Times that the recall marks the first time its baby powder has ever been pulled from the market.

The company said in the statement that is has “a rigorous testing standard in place to ensure its cosmetic talc is safe and years of testing, including the FDA’s own testing on prior occasions – and as recently as last month – found no asbestos.”

“Thousands of tests over the past 40 years repeatedly confirm that our consumer talc products do not contain asbestos. Our talc comes from ore sources confirmed to meet our stringent specifications that exceed industry standards. Not only do we and our suppliers routinely test to ensure our talc does not contain asbestos, our talc has also been tested and confirmed to be asbestos-free by a range of independent laboratories, universities and global health authorities,” it added.

But the recall comes as J&J fights thousands of lawsuits in which plaintiffs claim its iconic baby powder was contaminated with asbestos and that it caused ovarian cancer or another rare cancer. At multiple trials, J&J experts have testified asbestos hasn't been detected in the talc in its baby powder in many tests over four decades.

Erik Gordon, a business professor at the University of Michigan who focuses on corporate governance, told The Times the recall will hurt the company’s defense claims in court.

As a result, J&J could “lose more suits and pay more to settle,” Gordon added.

Asbestos is a “naturally occurring mineral that is often found near talc, an ingredient in many cosmetic products,” according to the FDA. But in some cases – typically if the fibers are released into the air – they can enter a person’s body and subsequently become trapped in the lungs or in the digestive tract if swallowed, according to Oregon State University.

The body cannot break down these fibers once they are stuck, which is why exposure to asbestos can cause serious health issues including asbestosis, lung cancer and mesothelioma, the university states.