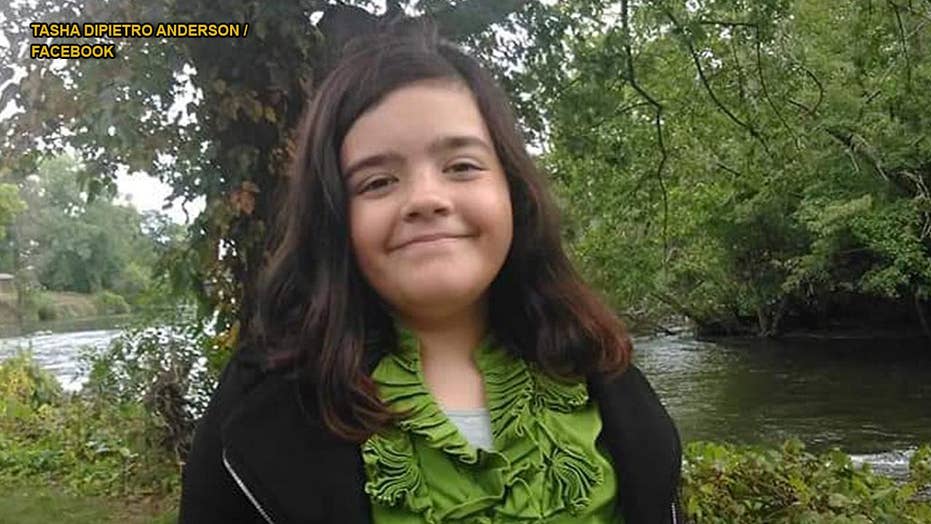 Ten-year-old Abbigayle Dipietro's parents are warming others to be on the lookout for symptoms of meningitis, after their daughter died only days after being diagnosed with an ear infection. Tasha Dipietro-Anderson, Abbigayle's mother, believes that her daughter died of bacterial meningitis, a potentially deadly infection that, sadly, they didn't know about until it was too late.

A Middlebury, Indiana family grieving the loss of their 10-year-old daughter claim bacterial meningitis killed the young girl just days after she complained of an ear infection.

The parents of Abbigayle Dipietro recently told WSBT-22 she was diagnosed with an ear infection in early February. A couple of days later, Abbigayle reportedly vomited and suffered a seizure before falling into a coma and dying not long after.

WHAT IS BACTERIAL MENINGITIS? SIGNS, SYMPTOMS AND TREATMENT FOR THE INFECTION

The 10-year-old’s parents told the news station they didn’t know what meningitis was until it was too late. Now, Tasha Dipietro-Anderson, Abbigayle’s mother, is warning others to be on the lookout for symptoms of the potentially deadly infection — which typically includes nausea, vomiting, sensitivity to light, confusion, fever, headache and a stiff neck, according to the Centers for Disease Control and Prevention (CDC).

"If there is any of those symptoms, whether you think it’s just a migraine or flu, push to have as much blood work and testing done as you can," Dipietro-Anderson told the news station.

While most people recover from meningitis, according to the CDC, death can occur “in as little as a few hours.”

"If we would have known what it could have led to, [we] would have probably tried to do more,” the mom added.