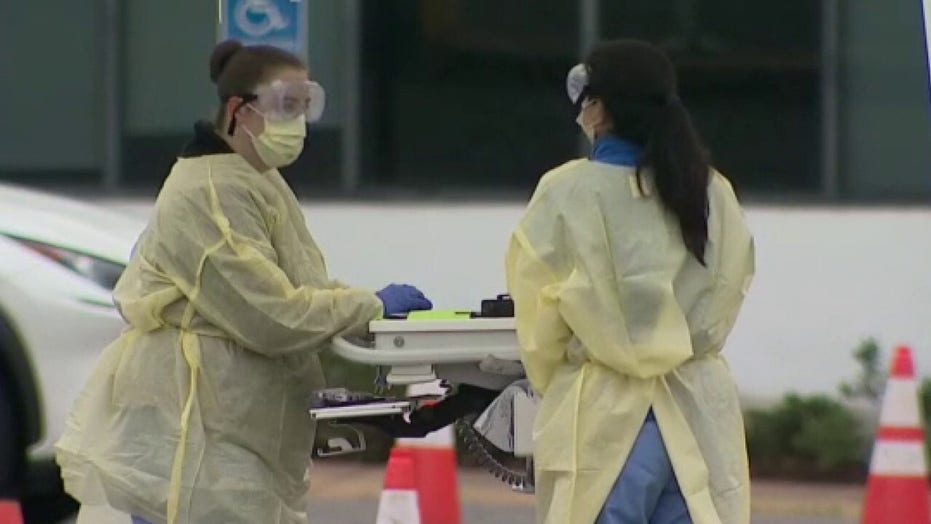 A study of hospitalized coronavirus patients who were treated with hydroxychloroquine – the drug President Trump said he has been taking daily for about two weeks to stave off infection – as well as chloroquine, another drug recently touted as a possible COVID-19 antidote, found an increased risk of death associated with both medications.

The findings, published in The Lancet on Friday, focused on exploring the use of hydroxychloroquine or chloroquine both alone and in combination with a second-generation macrolide, and the associated safety and benefit in patients diagnosed with COVID-19. While the drugs are deemed generally safe when prescribed for patients with malaria or an autoimmune disease, little is known about the potential effects they may have in COVID-19 patients.

The analysis included data from 671 hospitals across six continents, which pooled together resulted in 96,032 patients who had tested positive for COVID-19 and were hospitalized between Dec. 2019 and April 2020. Of this population,1,868 patients received chloroquine, 3,783 received chloroquine with a macrolide, 3,016 received hydroxychloroquine, and 6,221 received hydroxychloroquine with a macrolide. The other 81,144 patients served as a control group. Patients who had received remdesivir were excluded, as were those who were given the medications 48 hours after being diagnosed or placed on a ventilator. In total, 10,698 patients died while in the hospital.

Further, the researchers concluded that they were unable to “confirm a benefit of hydroxychloroquine or chloroquine when used alone or with a macrolide, on in-hospital outcomes for COVID-19.”

“Each of these drug regimens was associated with decreased in-hospital survival and increased frequency of ventricular arrhythmias when used for treatment of COVID-19,” the researchers wrote.

The drugs were thrust into the spotlight by Trump, who said he requested hydroxychloroquine from his physician, Dr. Sean Conley. He said he had been taking it daily, along with a zinc supplement, after the pair decided the potential benefits outweighed the risks.

His comments set off a firestorm of controversy among health experts and physicians who urged the public not to take medications unless prescribed by a doctor. The Food and Drug Administration (FDA) has previously warned against the use of the drug outside of hospital settings after receiving reports of “serious heart rhythm problems.”

“The FDA is aware of reports of serious heart rhythm problems in patients with COVID-19 treated with hydroxychloroquine or chloroquine, often in combination with azithromycin,” the agency said. “We are also aware of increased use of these medicines through outpatient prescriptions. Therefore, we would like to remind health care professionals and patients of the known risks associated with both hydroxychloroquine and chloroquine.”

Another study involving the use of hydroxychloroquine at veterans hospitals found no benefit among COVID-19 patients. The research, which was paid for by grants from the National Institutes of Health and the University of Virginia, evaluated data from 368 COVID-19 patients and found that about 28 percent who were given the drug in addition to the usual care died, versus 11 percent of those who only received routine care.

“An association of increased overall mortality was identified in patients treated with hydroxychloroquine alone," the researchers wrote. "These findings highlight the importance of awaiting the results of ongoing prospective, randomized, controlled studies before widespread adoption of these drugs.”