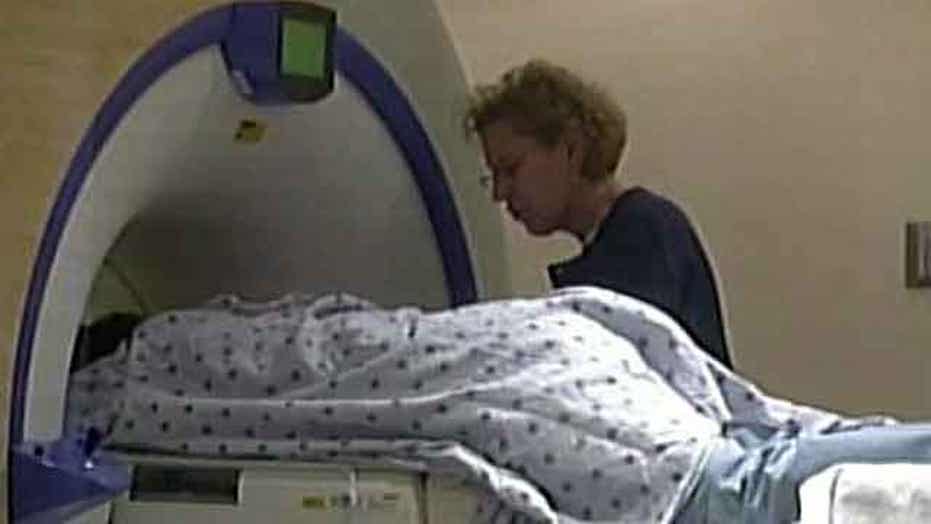 The radiation that might cure a breast cancer may also raise a woman's risk of having a heart attack or heart disease later in life, according a new study that looked back at the cases of 2,168 women in Sweden and Denmark.

The risk "begins within a few years after exposure, and continues for at least 20 years," the researchers report in the New England Journal of Medicine. And that risk rises, they found, in proportion to the dose of radiation the heart receives.

The results are expected to be controversial because breast cancer is so common - there are about 3 million survivors of breast cancer in the U.S. - and because there is disagreement over the significance of the findings going forward since newer techniques block the heart from most exposure.

The researchers said the results should, in fact, be comforting to women because their risk of heart attack is so low to begin with and the data allow doctors to factor it into cancer treatment planning.

"Doctors can now estimate the risk and know that in most cases it will be very small so they can reassure their patients," lead author Dr. Sarah Darby of the University of Oxford said in a statement.

"The results of our study should not scare women off having radiotherapy," she told Reuters Health in an email. "It is a life-saving procedure."

Dr. Penny Anderson, a radiation oncologist at the Fox Chase Cancer Center in Philadelphia said she doesn't expect the new study to significantly change practice because the dose going to the heart today is so much lower that it was when the women were treated.

"I don't believe this should alarm people," she told Reuters Health. With current imaging and planning techniques "the heart is exposed to minimal radiation, if at all. Our criteria is less than one percent exposure. It would have been a lot higher 10 years ago."

The women in the study were diagnosed with breast cancer between 1958 and 2001 and all received radiation treatments. During the study's follow-up period, 963 of the women had major coronary events like heart attack, surgery to clear a blocked artery or death from ischemic heart disease, and they were compared to the 1,205 women who did not have a major heart problem.

Darby and her colleagues found that the risk for a major coronary event grew in a straight line proportionate to the radiation dose a woman received. For every unit of radiation, known as a "gray," the risk rose by 7.4 percentage points.

In this study, the average dose a woman received was 4.9 gray, which would carry an increased risk of 36 percent for a heart event.

The typical exposure is less today, ranging from one to five gray, the researchers emphasized.

Among the women with the most exposure, who received an average of 15.8 gray, the heart risk was 116 percent higher, or slightly more than double what it would normally be.

The likelihood of heart problems was also higher among women treated for a tumor in their left breast because the heart is "slightly to the left so that it is closer to the radiation beams in radiotherapy for left-sided breast cancer," Darby said.

Darby stressed that the increased risk associated with radiation should be considered in the context of where most women start out.

Donna Arnett, an epidemiologist at the University of Alabama at Birmingham and president of the American Heart Association, characterized the study as "really interesting" but also said it should not be the lone basis for changing current practice. "We definitely need to learn more about the effect of radiation on coronary artery disease," she told Reuters Health.

But in an editorial accompanying the new study, Dr. Javid Moslehi said the results - and the fact that individual women who are already at risk for heart disease face an even greater risk with radiation - "suggests that cardiac risk factors should be assessed and aggressively managed - starting at the time of radiation treatment (or even before) and continuing throughout survivorship."

Moslehi, of the Dana-Farber Cancer Institute in Boston, said the danger "may represent just the tip of the iceberg" because the study did not look at less dramatic heart problems, such as cardiomyopathy or arrhythmias, which have also been linked to radiation exposure from cancer treatments.

Radiation is a key weapon in the fight against early breast cancer and doctors work hard to restrict the radiation to the area of tumor growth. But it can be difficult to limit exposure to just the tumor and nearby tissue.

"There are a few women for whom carefully planned radiotherapy using standard techniques would cause a substantial increase in the risk of heart disease if radiotherapy is given in the usual way," Darby said.

"This includes women who are already at increased risk of heart disease (particularly those who have already had a heart attack) and women for whom the distance between the heart and the chest wall is very small.

"This research enables such women to be identified," she added, "so that alternative radiotherapy techniques can be considered."