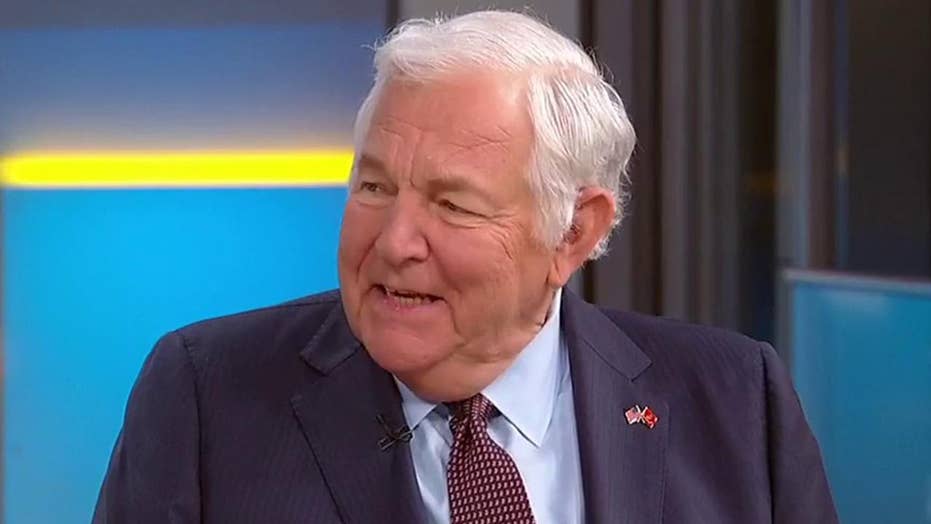 Bill Bennett on America's opioid epidemic: The nature of the problem has changed

While the government’s opioid crackdown has involved reducing the supply of legal opioids and reducing painkiller prescription rates, black market opioids such as illicit fentanyl and heroin actually have been the driving force of the epidemic in recent years, said Bennett during an interview on “Fox & Friends.”

“The nature of the problem has changed in the last two or three years,” said Bennett, who served as Director of the Office of National Drug Control Policy under President George H. W. Bush. “It’s now fentanyl, it’s now heroin” that account for most of the overdoses.

A key reason, Bennett said, is that fentanyl and heroin are cheaper than prescription drugs.

“When I was up in New Hampshire, they told me you [can pay] $10 for a pill --to get an Oxycontin, [but] two bucks to get heroin, three bucks to get fentanyl.”

“And that’s the nature of the problem,” Bennett said. “You talk to law enforcement people that will tell you they haven’t seen a lot of the other stuff – OxyContin -- on the street but they’re loaded with these cases of fentanyl.”

A Centers for Disease Control and Prevention (CDC) report last week said that about 70,000 Americans died of drug overdoses in 2017. Nearly 48,000 involved at least one type of opioid, roughly 30,000 involved fentanyl or some other kind of synthetic opioid, 15,500 involved heroin, and 14,500 involved prescription opioid painkillers. Other government data have indicated that many people who overdosed on prescription opioids stole them or obtained them from the person to whom they were prescribed.

Bennett said he is glad to see pharmaceutical companies prosecuted if they engaged in illegal activities – such as lying about the addictive properties of some painkillers -- in order to boost sales of prescription opioids.

Just last week, in the latest of a series of actions against pharmaceutical companies, the founder of a highly addictive legal fentanyl spray was convicted on charges related to paying doctors millions in bribes to prescribe the drug.

The founder, John Kapoor, the 76-year-old former chairman of Insys Therapeutics, was found guilty of racketeering conspiracy after 15 days of jury deliberations. Four ex-employees of the Chandler, Arizona-based company were also convicted.

“They should be investigated and convicted if they committed a crime,” Bennett said, adding, “What I am concerned about is the emphasis [is] so much on these pharma companies – on OxyContin and Oxycodone—yes, they can be dangerous, yes, people have gotten addicted.”

“But most of the deaths that come from those drugs and where you see deaths from OxyContin, and Oxycodone, prescription drugs, it’s because of illegal diversion.”

The federal crackdown on legal opioids has led many prescribers to forcibly taper down or altogether abandon chronic pain patients who have in many cases responsibly taken painkillers for years in order to function.

Many states have implemented strict regulations as a result of a 2016 CDC guideline on opioid prescribing.

The CDC has said often that the guideline was not meant to be enforced, and that it was issued to help primary care physicians prescribing opioids to a first-time user.

“Most people, the vast majority of the people, who are prescribed these [painkillers] do not abuse them,” Bennett said. “The CDC had to come back and issue another kind of guidance, saying a lot of people who need pain pills are not getting them."

Both the CDC and Food and Drug Administration (FDA) warned doctors last month not to abruptly stop prescribing opioid painkillers to patients who are taking them for chronic debilitating pain, generally lasting more than three months.