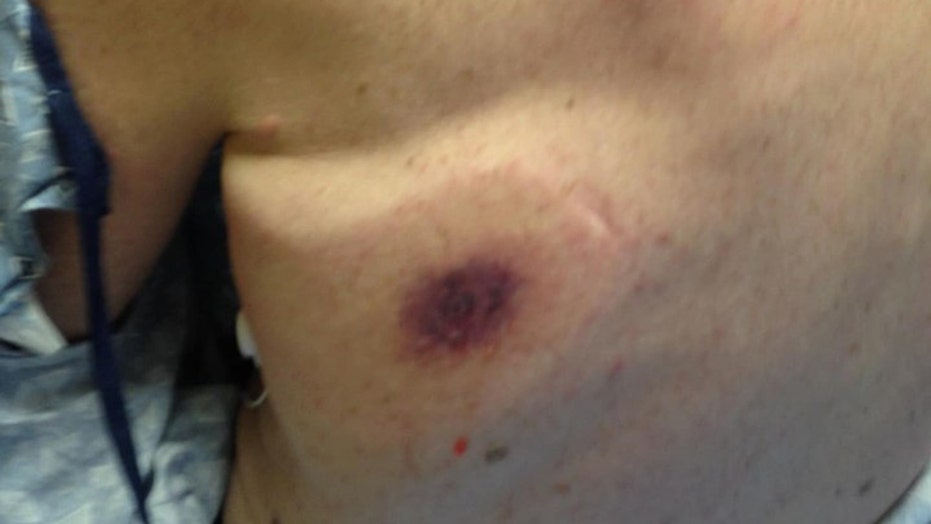 A Tennessee man died just 48 hours after contracting a flesh-eating bacteria from waters in Florida after his daughter says the hospital he was treated at ignored her warnings that he had contracted necrotizing fasciitis.

Cheryl Bennett Wiygul, a resident of Okaloosa County, said her parents had come down from Memphis to spend several days with her last week.

During their stay, the family spent several days in the water, including at a beach in Destin, a creek and a swamp in Boggy Bayou. Wiygul said she had heard the recent reports of people in Florida contracting a flesh-eating bacteria and as a result, she took extra precautions with her father, who was previously diagnosed with cancer.

“When my parents got in town I was fanatical about Neosporin and liquid bandaid,” she said in a Facebook post on Wednesday. “My Dad didn’t have any open wounds. He had a couple places that were practicality healed small scratches on his arms and legs that I made sure were super sealed up. My mom religiously sun-blocked him. We were taking precautions and we were good, so I thought.”

Wiygul said that at around 4:00 a.m. Saturday - some 12 hours after being in the water - her father began to complain of fever, chills and some cramping. The family decided that it would be best if he was treated back in Tennessee where the doctors were already familiar with his previous health issues.

They left later that morning where the symptoms worsened. He was taken to a hospital in Memphis at around 8 p.m.

Wiygul said that while her father was changing into his hospital gown, staff noticed a “terrible swollen black spot on his back” that had not previously been there. Her mother sent her a picture and Wiygul instantly recognized what was wrong with her father.

“I told her to tell them he was in the water in Florida and it was necrotizing fasciitis. She told everyone that came in the room. One person told her the media had blown that out of proportion. Others said it was staph. They would not biopsy it,” her lengthy Facebook post read.

The man’s conditioned worsened despite being treated with antibiotics, and at around 1 a.m. he became septic and coded a short time after. He was brought back by medical staff but his health continued to decline.

“Less than 48 hours after getting out of the water feeling great, the bacteria had destroyed him,”

“My dad had a lot of medical issues but heart was not one of them. They had to intubate him. He coded again. They said his organs were too damaged and his blood was too acidic to sustain life,” Wiygul said. “He was gone by Sunday afternoon.”

Wiygul said that the hospital conducted tests which confirmed that her father had in fact contracted vibrio vulnificus which manifested into necrotizing fasciitis.

She blamed the beaches for not posting advisories about any bacteria in the water, adding that her father may have been alive today had she known the dangers.

Although the infection is not very common, scientists expect more cases to be reported as the weather gets hotter as the bacteria flourishes in warm water.

“Less than 48 hours after getting out of the water feeling great, the bacteria had destroyed him,” she wrote. “I would never have taken my Dad in the water if there was a bacteria advisory but it would have been because I didn’t want him to get a stomach virus not because I thought it would kill him.”

Wiygul shared her dad’s story hoping it would shed more light on a crucial issue that she feels the general public lacks the most basic information on.

“I do believe if there was a simple sign posted about the risk of swimming with an open wound or an immune disorder, we wouldn’t have let him get in … here is information out there but I didn’t find it all until it was too late. I don’t want this to happen to anyone else.”