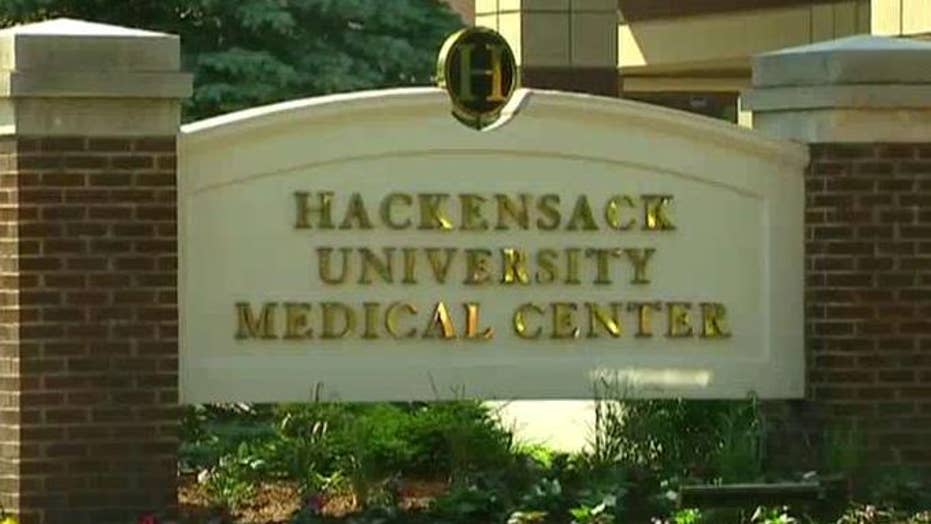 A baby girl delivered Tuesday in New Jersey is the first in the continental U.S. to be born with the Zika virus-related brain condition, giving rise to new fears about the spread of the disease.

Doctors, including Fox News Health Senior Managing Editor Dr. Manny Alvarez, confirmed the birth of a child with Zika virus linked to microcephaly— the first reported case of the birth defect, which is marked by a partially formed brain, in the continental United States.

The baby, who was born via emergency C-section Tuesday, has been diagnosed with microcephaly (Fox News)

The 31-year-old mother, whose name was not disclosed, apparently contracted the Zika virus while in Honduras and was admitted to the emergency room at Hackensack University Medical Center on Friday while vacationing in the U.S. Doctors at Hackensack performed an emergency caesarean section to deliver the baby girl, who was born also with intestinal and visual issues.

The mother arrived in the U.S. about 30 days ago. It was not clear if she had been diagnosed with Zika in her homeland, but doctors at the New Jersey hospital made the determination Friday. It was not immediately known how much the baby weighed, but babies born with the disease typically suffer from low birth weights.

The child's mother, who developed a rash for two days in Honduras but had no other symptoms until arriving in the U.S., was under the care of a surgical team led by Dr. Abdulla Al-Khan and Alvarez, the hospital's chairman of the department of obstetrics and gynecology and reproductive science. A neonatologist and pediatric infectious disease specialist, as well as nursing personnel, were on hand for the birth.

Doctors in Honduras suspected intracranial complications with the child in utero, but it was not until she was admitted to the high-risk unit at Hackensack University Medical Center that doctors confirmed the microcephaly diagnosis. The patient’s aunt told FoxNews.com the mother is not doing well emotionally after the birth of her child.

While this is the first birth of a child with Zika-linked complications at Hackensack, it is not the first such case in the U.S. In February, the Centers for Disease Control and Prevention (CDC) confirmed that a woman in Hawaii delivered a baby who suffered from severe microcephaly as a result of Zika infection.

Microcephaly is a birth defect wherein a baby’s head is smaller than expected compared with other babies of the same sex and age. According to the CDC, babies with the condition typically have smaller brains that might not have developed properly. Microcephaly can also cause seizures, developmental delays, intellectual disability, hearing loss, vision problems, feeding issues, and problems with movement and balance. In April, researchers at the CDC concluded that after a careful review of evidence, the Zika virus is a cause of microcephaly and other severe fetal brain defects.

The CDC has advised pregnant women to avoid traveling to areas where Zika is spreading, and to talk to a health care provider to prevent sexual transmission of the virus. According to the World Health Organization (WHO), women planning to become pregnant should wait at least eight weeks before trying to conceive if they or their partner live in or are returning from Zika virus hotspots.

While there is no vaccine to prevent Zika virus, health officials recommend wearing long-sleeved shirts and pants, as well as practicing mosquito control to prevent infection where Zika is being transmitted. According to the CDC, 591 cases of Zika have been diagnosed in the U.S., and all have been travel related. Infected patients typically do not present symptoms, but those who do may complain of fever, rash, joint pain or red eyes.