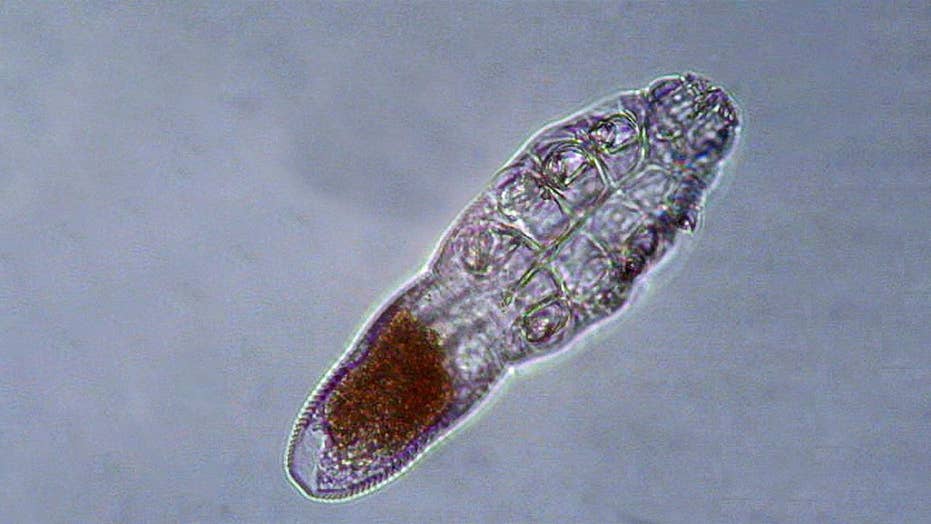 Face mites feast on skin oils while you sleep

Face mites are feasting on natural skin oils and mating while you are sleeping.

Remember when a bug flying into your mouth was one of your greatest sleep fears? Science is here to up the ante. A new video released by Deep Look explores the microscopic face mites that burrow into your pores and feast on your natural oils, climbing out to mate while you’re asleep before laying more eggs inside your face.

The eight-legged Demodex mites are relatively harmless to most humans, and take up residency at the roots of facial hair follicles in both men and women, feasting on naturally produced sebum. They are most commonly found around the eyes, affecting the lids and lashes, according to HealthLine.

Humans aren’t born with the mites, but they are passed down from parents to babies, and there is no way to get rid of all of them, although you may not even want to.

“I would think that they’re not harming us in a way that’s detectable,” Megan Thoemmes, a North Carolina State University researcher previously told BBC. “If we were having a strong negative response to their presence, we’d be seeing that in a greater number of people.”

However, some studies have linked a high presence of Demodex mites to rosacea, but haven’t found a definitive cause and effect relationship. In the rare instance of an infestation, patients may experience itchy or scaly skin, redness, increased skin sensitivity, burning sensation, skin that feels like sandpaper, or eczema, according to HealthLine. But even though the mites may be present in large numbers, they still aren’t visible to the naked eye.

And while you may have just learned about your skin’s longtime tenant, researchers can trace back their knowledge to 1842, when the mites were first spotted in human earwax, according to the BBC.

As of Wednesday, the video, which is created by KQED San Francisco and PBS Digital Studios, had over 186,000 views. One commenter noted that the mites are “the perfect example of ‘ignorance is bliss.’”