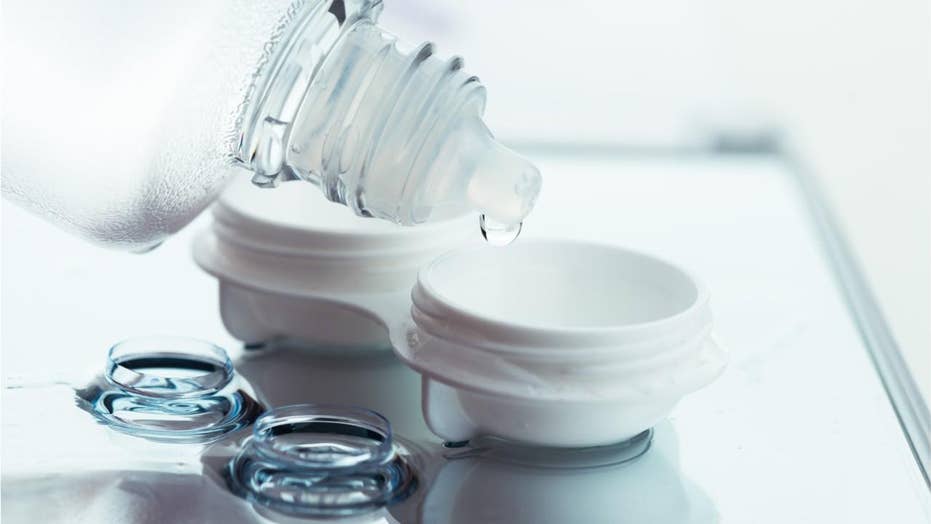 Eye doctor warns against sleeping in contact lenses with graphic images: 'People need to see these'

An eye doctor is urging people who wear contacts to think twice before sleeping in their lenses — whether they're hard or soft.

An eye doctor is urging people who wear contacts to think twice before sleeping in their lenses — whether they're hard or soft.

Dr. Patrick Vollmer, an optometrist with the Vita Eye Clinic in Shelby, North Carolina, shared graphic images of a patient he recently treated who developed a cultured pseudomonas ulcer after sleeping in contact lenses to send a warning about a habit some may consider harmless.

“'I sleep in my contacts all the time and I’ve never had a problem,'" Vollmer recalls his patients telling him "daily."

The eye doctor, however, said a nasty bacteria he treated last week tells a different story.

Vollmer said he was referred a case from a nearby urgent care of a patient whose eye was infected with the bacteria Pseudomonas.

Dr. Patrick Vollmer of the Vita Eye Clinic in North Carolina shared several graphic images of an eye infection that he said was a result of sleeping in contact lenses. (Courtesy of Vita Eye Clinic)

"Pseudomonas (bacteria) is an important cause of ocular morbidity and its opportunistic characteristics quickly lead to permanent blindness," he explained in a Facebook post on Sunday that has since gone viral with more than 300,000 shares. "The bacteria explosively eats away at the patients cornea in a matter of days leaving a soupy, white necrosis (dead tissue) in its wake."

The infection is typically a result of bacteria that are found in the environment, though it's most common in those who are hospitalized with weakened immune systems, according to the Centers for Disease Control and Prevention (CDC). The bacteria can also be found in water, which is why the health agency recommends removing contacts before hopping in the shower or a swimming pool.

In the recent case he witnessed, Vollmer said it took just 36 hours for the ulcer in the woman's eye to go from "small" to "massive."

To examine the damage, Vollmer used green fluorescein dye to help detect the foreign bodies and any damage to the cornea — in this case, he was looking at the "ulcer bed."

The eye doctor used green fluorescein dye to view the damaged areas of the eye. (Courtesy of Vita Eye Clinic)

Fortunately, he was able to treat the female patient's infection with antibiotics drops, which were administered "around the clock." He also gave her steroids to help prevent permanent scarring.

"While this patient’s eye continues to drastically improve from baseline, she will very likely exhibit some form of residual vision loss even after treatment," the optometrist added.

Vollmer said the case marked the fourth of cultured pseudomonas he's treated this year — and he's certain he'll see more in the months to come.

To help prevent future cases, Vollmer posted photos of the patient's eye treatment to urge his patients to avoid sleeping in lenses unless they're prescribed special overnight lenses or have another medical reason to "justify the risk." But if possible, Vollmer said it should be avoided altogether.

The infection is typically a result of bacteria that are found in the environment. (Courtesy of Vita Eye Clinic)

"The risks outweigh the benefits every time. It takes seconds to remove your contacts but a potential lifetime of irreversible damage if you choose to leave them in. People need to see these images and remind themselves/family/friends to also be aware of contact lens misuse," he concluded in a Facebook message posted on Vita Eye Clinic's page.

Contact lens wearers were quick to thank the optometrist for spreading the word, particularly those who have experienced issues as a result of sleeping in their lenses.

"I use to sleep in mine all the time, I ended up with an ulcer, fortunately it wasn’t pseudomonas. I had to wake up every hour for 2 days to put drops in my eye, then every 2 hours for 2 days. Now, I won’t even wear my contacts for a 12 hours shift," one woman commented on the post.

"I learned real quick after never taking mine out like I should have and they embedded into my eye. I couldn’t wear contacts for 6 months. And now I can’t ever again due to losing tear ducts. Be wise people," another shared.

"I had cornea ulcer in both eyes. Never again will I sleep with contacts on. My optometrist did an excellent job saving my eye sight. I had to wear glasses for 6 months before I was allowed to wear contacts. I couldn’t look directly into sunlight or light for days," a third added. "Very nasty bacteria."