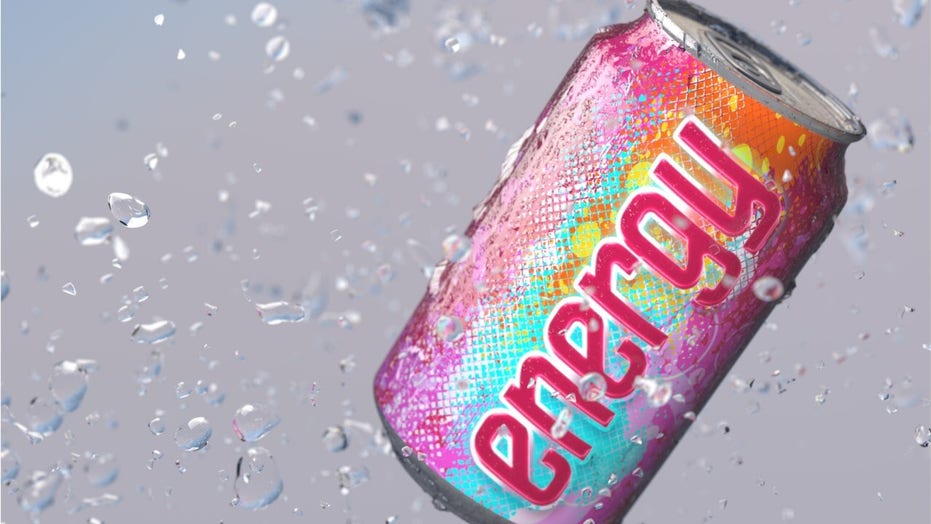 Several health agencies and publications are sounding the alarm when it comes to energy drinks. The popular beverages have been linked to a wealth of heart problems and in some cases, death.

Energy drinks can cause major health issues, including increased blood pressure and a wealth of heart problems, according to a 2019 study published in the Journal of the American Heart Association (JAHA).

One couple apparently learned that the hard way when a man was left with a hole in his skull and suffered a brain hemorrhage after what doctors said was “excessive energy drink consumption,” his wife claimed.

Read on for a look at the dangers of energy drinks.

What are some risks associated with energy drinks?

Energy drinks have been "associated with cardiac arrest, myocardial infarction, spontaneous coronary dissection, and coronary vasospasm," per the JAHA study.

Lead researcher Dr. Sachin A. Shah stated, "We found an association between consuming energy drinks and changes in QT intervals and blood pressure that cannot be attributed to caffeine," according to The Sun.

QT intervals are a measurement used in the JAHA study that measures the time it takes for heart ventricles to prepare to generate a beat. Any discrepancy in QT intervals can lead to arrhythmia (abnormal heartbeat) and can be life-threatening.

"We urgently need to investigate the particular ingredient or combination of ingredients in different types of energy drinks that might explain the findings seen in our clinical trial," Shah continued.

The drink 5-Hour Energy is viewed for sale at a grocery store in New York City. (Getty)

Energy drinks can also disrupt sleep patterns, cause heart palpitations and anxiety, contribute to digestive programs, increase blood pressure and lead to dehydration, according to the National Institute of Health (NIH).

Energy drinks “can be dangerous because large amounts of caffeine may cause serious heart rhythm, blood flow and blood pressure problems,” the NIH has warned.

Researchers with the American Heart Association have warned that energy drinks can be “life-threatening," especially for those already with high blood pressure or cardiac issues.

ENERGY DRINKS COULD INCREASE RISK OF COCAINE USE, STUDY FINDS

The drinks have led to death. In 2017, a South Carolina teenager died after consuming an excessive amount of caffeine in a short amount of time.

Children with still-developing cardiovascular and nervous systems are also at risk as caffeine could harm them. The American Academy of Pediatrics said children should “never” consume energy drinks.

Experts warn against mixing energy drinks and alcohol as it may inhibit young adults’ ability to tell their level of intoxication. The NIH estimated that about 25 percent of college students mix alcohol and energy drinks and binge-drink “significantly more” than others.

What ingredients are commonly found in energy drinks?

Caffeine and sugar are ingredients typically found in energy drinks, according to the University of Maryland’s Legal Resource Center for Public Health Policy. The center said that the drinks contain “large amounts of sugar comparable to sodas and fruit drinks,” as well as artificial sweeteners.

Taurine, an amino acid, is also often found in energy drinks, the center said. It’s added as a “caffeine adjuvant” which aids the effects of caffeine. Other common ingredients – guarana, kola nuts and yerba matè – also can contain caffeine or other caffeine stimulants, the center found.

WHY ENERGY DRINKS ARE HARMING YOUR KIDS

One particular danger about energy drinks is that manufacturers are not required to disclose what ingredients go into formulating the popular beverages.

“These energy drinks – one of the biggest problems – is that we haven’t the faintest idea what’s in them,” Dr. Steven Nissen, M.D. of Cleveland Clinic pointed out. “The manufacturers of these drinks are not required, by law, to disclose the contents. Those who have performed independent analysis on them have learned, at least a few of the drinks, are just loaded with huge amounts of caffeine.”

What are some alternatives to energy drinks?

Villanova University recommends eating a balanced breakfast and foods with soy to stay energized without the use of an energy drink. The school also recommends drinking water and green tea.

Nissen also noted that consumers should "work on their sleep habits so that they are getting a good night’s sleep."

“Seven to eight hours of sleep is normal for adults, and even more for children.  Don’t use an energy drink as a substitute for good sleep habits,” he continued.

Nissen pointed out if all else fails, alert your doctor.

“If you’re really tired all the time, rather than going and buying an energy drink – particularly if you’re getting enough sleep – you may have an underactive thyroid or another medical condition that’s causing you to be tired,” he said. “Don’t try to fix the problem by buying something for which you have no idea what the contents are. You have no idea what’s in those energy drinks, and that’s not safe.”