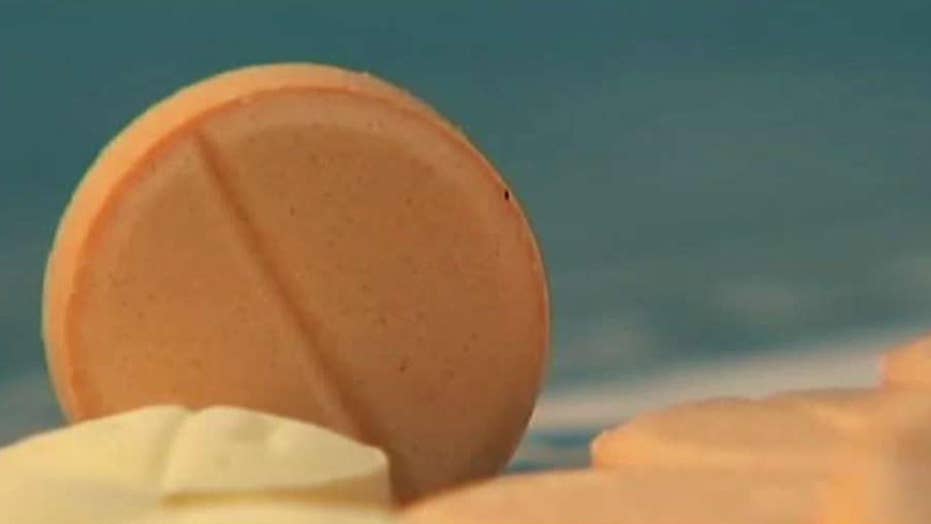 Drug companies shipped billions of painkillers to communities across America without proper oversight between 2006 and 2012, according to newly released data from the Drug Enforcement Administration (DEA), highlighting the pharmaceutical industry's role in the opioid epidemic as it faces a possible legal reckoning similar to that which befell the tobacco companies in the 1990s.

In all, 76 billion oxycodone and hydrocodone pills were shipped over that seven-year period, according to the DEA and its Automation of Reports and Consolidated Orders System (ARCOS). That data was obtained by the Washington Post and HD Media, which owns newspapers in West Virginia. The Post published the data after a federal judge overseeing litigation against drug companies in Cleveland agreed to release the information to the public.

The data shows that most pills per capita went to rural, working-class communities in the Appalachian region. Some communities, including several in West Virginia and Kentucky, received more than 100 pills each year for every person who lived in the community.

According to federal data, opioids — both prescription drugs such as Vicodin and OxyContin and illicit versions of fentanyl and illegal heroin — were factors in more than 400,000 deaths in the U.S. from 2000 through last year.

The leading opioid producers over that span were three companies that make generic drugs: SpecGX, Par Pharmaceutical and Activis Pharma. Together, they produced nearly 9 in 10 opioid pills that were shipped to pharmacies. The next biggest drugmaker was OxyContin maker Purdue Pharma, which is often cast as the villain of the opioid crisis but produced just 3 percent of the opioid pills over the span. McKesson Corp., Walgreens, Cardinal Health and AmerisourceBergen were the largest opioid distribution companies from 2006 through 2012. Each distributed at least 9 billion pills, representing 12 percent to 18 percent of the total market. They were followed by other big pharmacy chains.

The DEA opposed the release of the information, saying it could reveal its law enforcement techniques and make it harder to prosecute cases. The drug companies argued that the records contain confidential business information and are not subject to federal Freedom of Information Act (FOIA) requests.

“This [data] really shows a relationship between the manufacturers and the distributors," retired DEA employee Jim Geldhof told the Post. "They were all in it together."

In legal cases across the country, drug companies have defended themselves as being little more than bystanders — dispensing government-approved drugs at the behest of eager prescribing doctors. Some industry officials blame drug abusers for the spike in opioid use. Others fault the DEA for sitting on the information and failing to take action.

“The DEA has been the only entity to have all of this data at their fingertips, and it could have used the information to consistently monitor the supply of opioids and when appropriate, proactively identify bad actors,” John Parker, spokesman for the Arlington, Va.-based Healthcare Distribution Alliance, told the Post.

The Cleveland case is the first in line for a trial in a massive series of lawsuits seeking to hold the drug industry accountable for the opioid crisis. U.S. District Judge Dan A. Polster has been trying to get the parties to reach a global settlement but also has scheduled the initial federal trial for October. In all, some 2,000 local, state and tribal governments have filed claims against the drug industry.

In court documents filed Friday, attorneys for Cuyahoga and Summit counties in Ohio claimed drug companies didn't abide by a legal requirement that they refuse to ship orders of prescription painkillers when they deemed them suspicious. The filing claims that, from 2003 through 2011, Ireland-based drug manufacturer Mallinckrodt shipped 53 million orders of opioid painkillers and flagged 37,817 as "peculiar" — but withheld just 33 of those.

One executive at the maker of generic drugs emailed a distributor requesting he check the inventory of a drug. "If you are low, order more," Victor Borelli wrote, according to the document. "If you are okay, order a little more."

In an email to The Associated Press, Mallinckrodt spokesman Jeffrey Taufield called the communication "an outrageously callous email from an individual who has not been employed by the company for many years."

"It is antithetical to everything that Mallinckrodt stands for and has done to combat opioid abuse and misuse," he added.

The Ohio counties also claim that Israel-based Teva Pharmaceuticals didn't even have a suspicious order monitoring system in place as of at least September 2012 and had never reported a suspicious order to the DEA before then. The Washington Post reported that in 2014, Teva hired an employee who created a system called "DefOps," short for “Defensible Operations." He later admitted in a deposition that the point of "DefOps" was "to keep Teva out of trouble with the DEA."

An email from Teva earlier in the week said that "Teva has not conspired, failed to report suspicious orders or contributed to the abuse of opioids in the U.S. We maintain a comprehensive and robust system to prevent suspicious orders from ever entering the market."

The plaintiffs say DEA policy required that suspicious orders be reported and not shipped unless it was determined they were not likely to be diverted. The interpretation of that policy is in dispute in the case.

The defendants have responded with a flurry of motions seeking to have pieces of the plaintiffs' claims rejected. Drug distributors say there's no evidence they conspired to weaken regulations or increase federal limits on how many opioids could be made. Drugmakers and distributors also there's no evidence that they illegally pushed unnecessary prescriptions that led to a drug crisis -- specifically asking to exclude testimony asserting prescription painkillers were a gateway to street drugs such as heroin and fentanyl

The companies have also asked that jurors not hear any expert testimony on how much it would cost to abate the opioid crisis and argued that claims about anything dating from before October 2012 should be dismissed because of statute of limitation laws.

The Cleveland case is not the only legal action being taken against pharmaceutical companies. On Thursday, federal prosecutors in southern Ohio charged drug distributor Miami-Luken with conspiring to provide hydrocodone and oxycodone pills to more than 200 pharmacies in Ohio, West Virginia, Indiana and Tennessee. Former company president Anthony Rattini, the firm's compliance officer and two West Virginia pharmacists were recently indicted for their alleged roles in the scheme.

Meanwhile, the state-court opioid trial of a suit brought by Oklahoma against Johnson & Johnson wrapped up earlier this week, but the judge in it has not yet given a verdict.

Some DEA agents tried holding the drug industry accountable by sending letters to companies saying they needed to work harder to prevent pills from getting into the black market. The industry fought back and some congressional lawmakers pushed for more industry-friendly legislation, the Post reported.

When companies were penalized, the fines were trivial compared with earnings. McKesson, a drug distributor, was fined $150 million in 2017, compared with a net income of $5 billion reported that year.