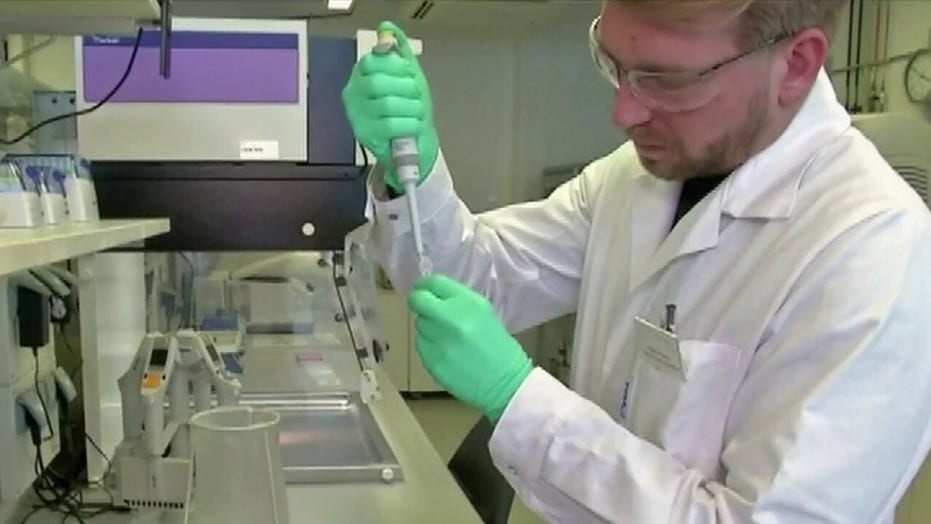 Researchers working around the clock to develop a COVID-19 vaccine

Hopes are high for drug treatments and a potential vaccine to be available in the fall; William La Jeunesse reports.

British researchers who are currently conducting human trials of a potential coronavirus vaccine will know if it’s effective by the summer, possibly as early as June, according to the chief executive officer of the pharmaceutical company that is working alongside Oxford University scientists in its development.

Pascal Soriot, the head of pharmaceutical giant AstraZeneca, told Sky News that scientists will know if the vaccine works by “June or July.” On Thursday, AstraZeneca announced a partnership with Oxford University in the development and distribution of the potential vaccine, which is being developed by the Jenner Institute and Oxford Vaccine Group. The vaccine entered human clinical trials earlier this month.

"The group in Oxford is one of the best in the world. They have moved very quickly,” said Soriot on Sky News’s “Ian King Live.”

"By June, July we'll have a first idea already of the efficacy and safety of this vaccine and we'll need to wait a few more months,” he continued. "But by June, July we should have a pretty good idea already."

"Production is already ongoing because we need to manufacture enough doses to do the clinical trials as you can imagine,” he added, though acknowledged it’s “risky” that the company has already begun production while human trials are ongoing.

NYC TEACHER DIES OF CORONAVIRUS AFTER BEING TURNED AWAY FOR TESTING

"This is a terrible crisis, as we all know, and we decided now is the time to work together and step up and try our best to help come up with a solution," he noted.

Under the new agreement with Oxford University, AstraZeneca “would be responsible for [the] development and worldwide manufacturing and distribution of the vaccine,” according to a news release on the collaboration.

Soriot told Sky News the vaccine would be provided at a cost throughout the duration of the pandemic.

"In the long run, if this virus does not disappear and turns into a similar virus as the flu, it would become a commercial vaccine just like the flu,” he said.

The news comes after at least one Oxford University scientist said earlier this week that, if proven successful, the vaccine might be available as early as September.

“Personally I have a high degree of confidence about this vaccine because it’s technology that I’ve used before,” Sarah Gilbert, professor of vaccinology at Oxford University, told CBS News.