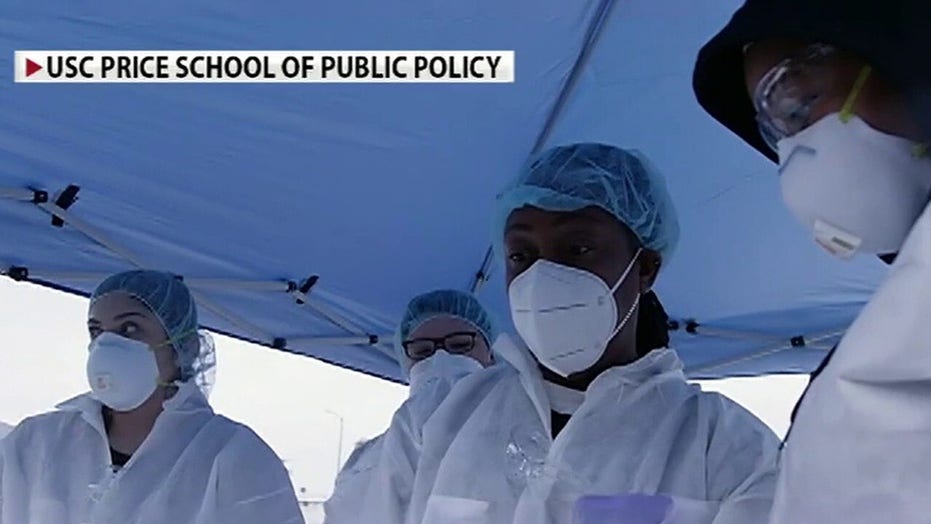 Insight from Dr. Neeraj Sood, vice-dean for research at the USC Price School of Public Policy.

A team of researchers in California found that the number of coronaviruses cases in one county may actually be up to 85 times higher than the what health officials have tallied, and say their data may help better estimate the virus’ true fatality rate.

Earlier this month, Stanford University-led researchers tested 3,330 adults and children in Santa Clara County, who were recruited using Facebook ads, for SARS-CoV-2 antibodies and found that the population prevalence of COVID-19 in Santa Clara ranged from 2.49 percent to 4.16 percent.

“The most important implication of these findings is that the number of infections is much greater than the reported number of cases,” the researchers wrote, in a yet-to-be peer-reviewed study. “Our data imply that, by April 1 (three days prior to the end of our survey) between 48,000 and 81,000 people had been infected in Santa Clara County. The reported number of confirmed positive cases in the county on April 1 was 956, 50-85-fold lower than the number of infectious predicted by this study.”

Asymptomatic carriers of coronavirus have long been a concern for health officials and others who are looking to get a grasp on how prevalent the virus is. The researchers also concluded that detecting previously unreported coronavirus cases could also lead to a “better estimation of the fatality rate from COVID-19.”

“Many estimates of fatality rate use a ratio of deaths to lagged cases (because of duration from case confirmation to death), with an infections-to-cases ratio in the 1-5 fold range as an estimate of under-ascertainment,” the researchers wrote. “Our study suggests that adjustments for under-ascertainment may need to be much higher.”

The researchers did note that the study had several limitations, including that participants had to have access to Facebook and a car to attend drive-through testing sites. Those factors resulted in an over-representation of white women between the ages of 19 and 64, and an under-representation of Hispanic and Asian populations.

However, once adjustments were made the researchers said the results could be applied to other areas.

“While our study was limited to Santa Clara County, it demonstrates the feasibility of seroprevalence surveys of population samples now, and in the future, to inform our understanding of this pandemic’s progression, project estimates of community vulnerability, and monitor infection fatality rates in different populations over time,” the researchers said. “It is also an important tool for reducing uncertainty about the state of the epidemic, which may have important public benefits.”

Dr. Scott Gottlieb, former FDA commissioner, agreed that the findings likely align with what overall national exposure may look like.

CORONAVIRUS TESTING RAMPS UP: WHAT DOES AN ANTIBODY REVEAL?

“This probably aligns with what overall national exposure may be, on order of about 5 percent once we do wide serology,” he tweeted on Friday. “Santa Clara was a hot spot and I would have expected exposure to be higher. Overall we’re probably diagnosing 1 in 10 to 1 in 20 infections.”

Gottlieb tweeted that in other hot spots, like New York, which has reported over 223,000 cases of the virus, there is data “to suggest the infection rate may be much higher.”

“We’re also likely to find higher rates of infection among certain jobs,” he tweeted. “But the data so far suggest that nationally, total exposure is still low.”

As several areas of the county cautiously begin to look toward reopening their states, there has been an increased push for widespread antibody testing which can reveal who has already had the virus but hadn’t been tested for it.

The antibody testing, which is largely conducted via blood sample but can also be done using saliva, looks to detect two sets of antibodies called IgM and IgG. With the novel coronavirus, it takes about 1-14 days for the body to develop antibodies, Dr. Robert Segal, co-founder of LabFinder.com told Fox News.

“Those who test positive for immunity, in theory, are safe to return to work but it is to be very cautioned against doing so considering medical professionals are still learning about this virus,” Segal said. “The human race has not developed an immunity to this virus, there is a possibility that re-infections could occur. We cannot be certain of that at this time.”

However, as with the case for any test, accuracy does remain a concern, Segal said. The Premier Biotech serology test, which was used in the Santa Clara County study, has not yet been approved by the FDA.