What is multiple sclerosis?

Actress Christina Applegate apparently overlooked the early symptoms of multiple sclerosis (MS) before she was diagnosed last summer while on the set of the third and final season of "Dead To Me," which will drop on Netflix Nov. 17.

"I got diagnosed while we were working," the Emmy winner recently told Variety during an interview.

"I had to call everybody and be like, ‘I have multiple sclerosis, guys.’"

She added, "And then it was about kind of learning — all of us learning — what I was going to be capable of doing."

The 50-year-old gained fame as the ditzy daughter in the raunchy TV comedy "Married … With Children," but continued to show her versatility in acting with shows like "Friends" to popular movies like "Anchorman."

Christina Applegate attends Netflix's "Dead To Me" season 1 premiere at The Broad Stage on May 2, 2019, in Santa Monica, California.  (Presley Ann/Getty Images)

For her work, she is being honored with a star on the Hollywood Walk of Fame on Nov. 14.

She is opening up about her early signs and symptoms of MS.

Multiple sclerosis is a neurological disease of the brain and spinal cord, which together make up the central nervous system that controls everything we do, according to the National Multiple Sclerosis Society.

Although it’s unclear what causes the disease, something triggers the immune system to attack the nervous system, the group also says.

That attack on the nervous system causes damage to the protective outer covering of the nerve fibers, known as myelin, as well as the nerve fiber themselves.

Nerves send electrical signals that help us feel sensations and move muscles in the body.

MS disrupts the transmission of these nerve signals between the brain, spinal cord and the rest of the body, per the National Multiple Sclerosis Society.

Each patient’s experience with MS is different.

However, each patient’s experience with MS is different.

She relates it to "the way one suspects stroke when an older person" develops neurological symptoms.

Most people with MS experience early symptoms as young adults, typically between the ages of 20 and 40, according to the National Institute of Neurological Disorders and Stroke.

Most patients with MS — in addition to experiencing issues with their vision — also experience muscle weakness in their arms or legs and difficulty with balance that can become so severe they have trouble walking or standing.  (iStock)

One common early symptom includes difficulty with vision, such as blurry vision or even blindness in one eye, the same source added.

Most patients also experience muscle weakness in their arms or legs and difficulty with balance that can become so severe they have trouble walking or standing.

"MS can present with isolated eye vision loss, numbness, tingling in your face [and] double vision, usually lasting for days and not hours or minutes," said Dr. Michael G. Ho, assistant clinical professor of neurology at UCLA in California.

Applegate said she was "sleeping all the time" after her diagnosis and was using a wheelchair to get around on set because it was difficult to walk, according to Variety.

But these symptoms are nonspecific and subtle, so they can be initially dismissed by patients.

"Approximately half of all people with MS experience cognitive impairments such as difficulties with concentration, attention, memory and poor judgment, but such symptoms are usually mild and are frequently overlooked," according to the National Institute of Neurological Disorders and Stroke’s website.

"Sometimes when the symptoms are mild and people fully recover, they might decide not to see a doctor."

Applegate remembers having balance issues while filming a dance sequence on the first season of "Dead To Me" before being officially diagnosed, according to The New York Times.

"I wish I had paid attention," she told the publication. "But who was I to know?"

She later noticed her tennis game began to suffer, but she didn’t connect it to a medical issue, the same report noted.

But Applegate’s experience can be a common one for other MS patients.

"Sometimes when the symptoms are mild and people fully recover, they might decide not to see a doctor because they attributed it to any number of causes, including ‘pinched nerve,’ stress, etc.," Perumal told Fox News Digital.

Some cases, however, may lead to partial or complete paralysis, the National Institute of Neurological Disorders and Stroke noted on its website.

CHRISTINA APPLEGATE MS DIAGNOSIS: WHAT ARE THE WARNING SIGNS?

Applegate told the Times she began having numbness and tingling in her extremities that worsened over several years before she was finally diagnosed last year.

Other hallmark symptoms include pain, difficulty speaking, tremors or dizziness.

A diagnosis of MS

"A diagnosis of MS is made based MRI findings," Perumal added. "A spinal tap is necessary only if the MRI is inconclusive."

An MS patient may only have symptoms temporarily — and then those symptoms partly or completely resolve over time. But then they can "relapse." 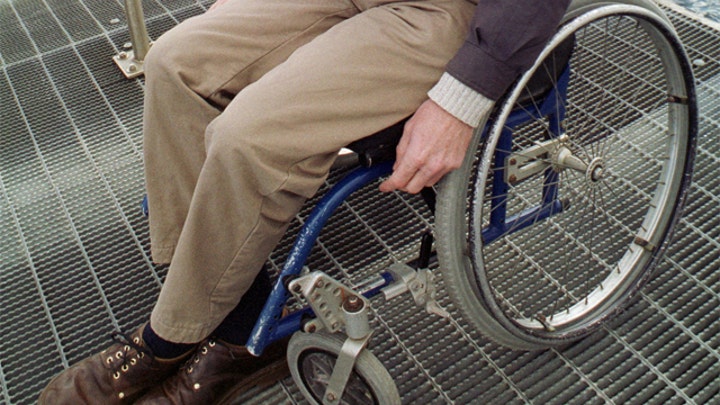 "An exacerbation of MS (also known as a relapse, attack or flare-up) is the occurrence of new symptoms or the worsening of old symptoms," according to the National Multiple Sclerosis Society.

The relapse must last at least 24 hours and occur at least 30 days from the previous attack, with other causes — such as infection — ruled out, the organization added.

"An MS relapse is any neurologic symptom, such as numbness, weakness, vision issues or gait impairment, among others, that comes on and lasts for a few days or weeks" — and then gradually recedes, Perumal said.

"A patient with MS can have a normal exam between relapses."

The physician noted that today, there are very effective treatments for MS.

"Our current treatments work best when used early in the disease course. They are very good at preventing further injury and maintaining function, but they are not good at reversing injury sustained over years," she said.

The doctor added, "If there is one take away, it’s early optimal treatment."

"People are going to see me for the first time as a disabled person, and it’s very difficult," Applegate told Variety.

"I’m trying to figure it out — and I’m also in mourning for the person that I was," she added.