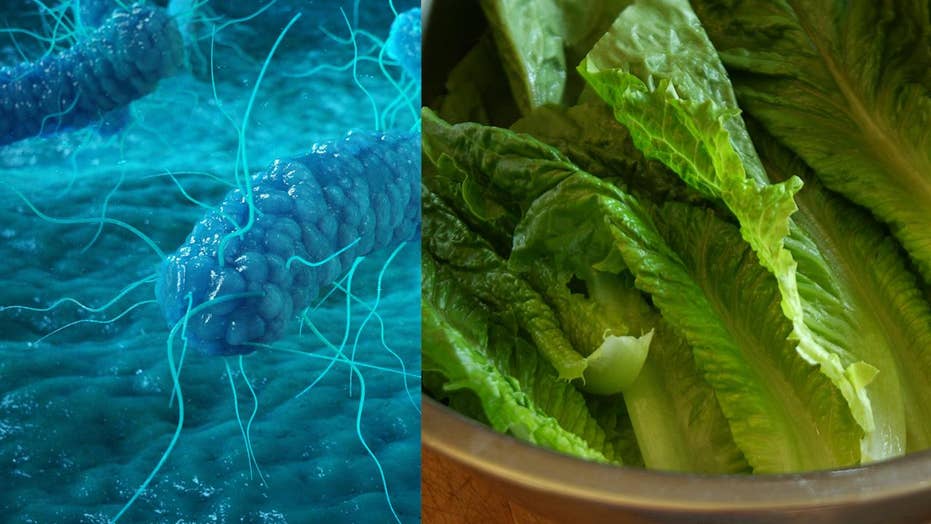 E. Coli outbreak: What to know

Romaine lettuce: What to know about the latest E.Coli outbreak that has spread across 11 states, what the CDC is saying about it, and why your salads could be the cause of it.

Following an E. coli outbreak in 16 states, officials are expanding their warning, advising people to avoid buying “all types of romaine lettuce” grown in Arizona.

The Centers for Disease Control and Prevention (CDC) issued an updated statement on Friday urging consumers not to buy or consume romaine lettuce “unless you can confirm it is not from the Yuma, Ariz., growing region.”

“Based on new information, CDC is expanding its warning to consumers to cover all types of romaine lettuce from the Yuma, Ariz., growing region. This warning now includes whole heads and hearts of romaine lettuce, in addition to chopped romaine and salads and salad mixes containing romaine.”

The new warning comes after investigators discovered that inmates from a correctional facility in Alaska became ill after reportedly eating lettuce “from whole heads of romaine lettuce” from the affected region, the CDC said.

“Unless the source of the product is known, consumers anywhere in the United States who have any store-bought romaine lettuce at home should not eat it and should throw it away, even if some of it was eaten and no one has gotten sick,” officials warn.

There have been 53 reported cases in 16 states. Of those infected with the E. coli strain, 31 people have been hospitalized. Although there are not reported deaths, five people have developed hemolytic uremic syndrome, a kind of kidney failure.

Pennsylvania appears to have the highest number of illnesses, but cases have also been reported in Alaska, Arizona, California, Connecticut, Illinois, Louisiana, Michigan, Missouri, New York, Ohio, Virginia and Washington.

Symptoms can appear on average after three to four days, and usually include severe stomach cramps, diarrhea and vomiting. Although infections can be severe or even life-threatening, most are usually mild and clear up within a week.