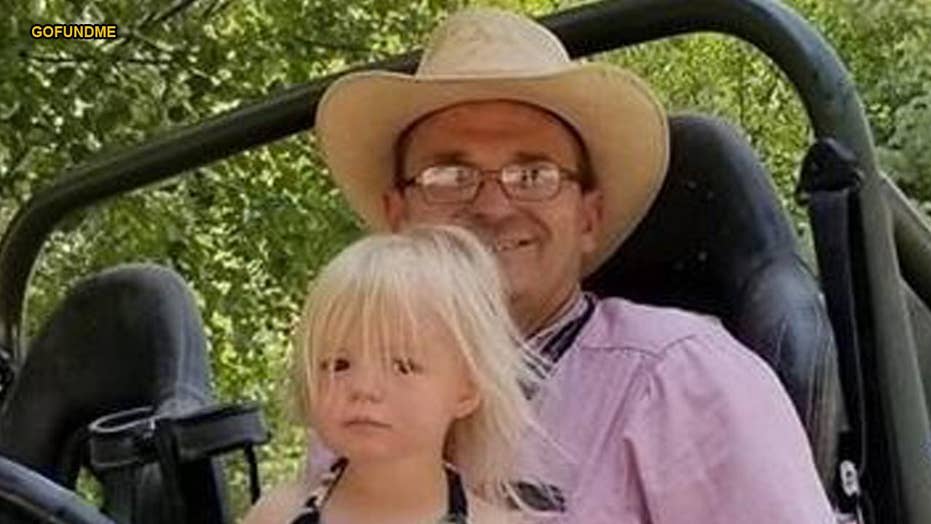 The widow of Gary Giles, who died from rabies in November, was contacted two days after his death by the Utah Department of Health urging her and her relatives to get preventative vaccinations immediately. Juanita Giles alleges she was told not to worry about the cost, but now the family members are facing a $50,000 hospital bill they received for those preventative vaccinations.

Contact with infected bats is the leading cause of rabies deaths in the U.S., according to a Vital Signs report released today by the Centers for Disease Control and Prevention. CDC officials say bats are responsible for roughly 7 in 10 human rabies deaths in this country.

Limited studies suggest only 1 percent of wild bats carry the rabies virus. However, public health officials say with urban growth, more bats are sharing close quarters with humans, increasing the chances of exposure. And in 2015, bats surpassed raccoons as the animal most responsible for transmitting the virus to people in the U.S.

“What we’ve seen since 2015, and what prompted us to issue this Vital Signs report, was this increase that we’re seeing in what we call ‘mass bat exposures,’” said Dr. Emily Pieracci, a veterinarian with the CDC’s Rabies Branch.

A mass exposure occurs when 10 or more people come in contact with a potentially rabid bat.

“We’ve got a lot of cases that we’ve been involved in where people are at campgrounds, in sorority houses where bats are living in the attic, living in the home, and no one is concerned about rabies,” Pieracci said. “And so, as we see this increase of mass bat exposures, we thought it would be a good time to try and raise awareness with the general public about the risk of rabies from wildlife.”

By 1960, infected dogs were no longer the leading cause of human rabies cases in the U.S., although they still pose a threat in some developing countries. Contact with rabid dogs while traveling outside the country is the second leading cause of rabies deaths in the U.S..

Even a tiny bite or scratch from a bat can transmit the virus. And small injuries from bats can go undetected. So, if you wake up with a bat in the room, the CDC recommends that you assume you may have been exposed to rabies and immediately visit a medical provider to determine whether preventive treatment is needed.

Post-exposure prophylaxis (PEP), which includes rabies vaccine and rabies immune globulin, is highly effective in preventing an infected person from developing the disease, but only if the treatment is administered before symptoms develop. Without treatment, rabies is almost always fatal.

Such was the case for 55-year-old Gary Giles of Utah, who died in November from rabies acquired from bats. His widow, Juanita, told media outlets that the couple allowed bats to land on their hands and lick their fingers because they didn’t realize the animals were infected. She told KSL-TV, they woke to discover bats walking on their bed.

Giles did not begin rabies treatment until he was hospitalized with severe symptoms of the disease.

About 55,000 Americans receive emergency rabies preventive treatment each year. Last month, a New Hampshire man began treatment after he was reportedly bitten by a rabid bat that had found its way into his iPad case.