LAS VEGAS (AP) — Casino magnate and GOP donor Sheldon Adelson has cancer and has not been at his company’s offices in Las Vegas since around Christmas Day.

Adelson’s poor health was revealed earlier this week by one of his company’s attorneys during a court hearing in a years-old case brought by a Hong Kong businessman. The founder and CEO of Las Vegas Sands Corp. did not participate in the casino operator’s conference call with analysts and investors following its earnings report in January. 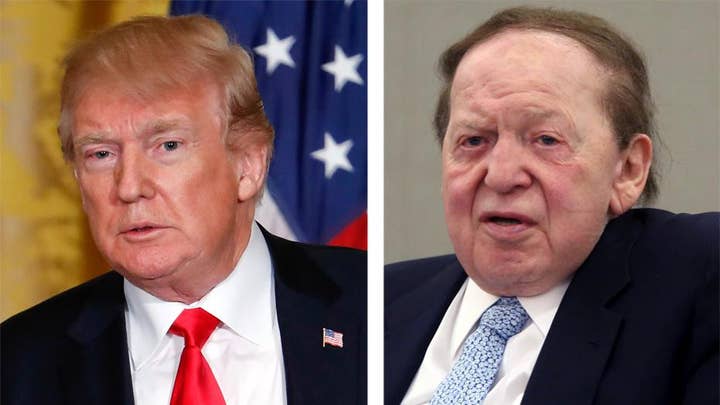 Attorney James Jimmerson told the court Monday that he learned last month “of the dire nature of Mr. Adelson’s condition, health.” The comment from the attorney came when discussing whether Adelson could sit for a deposition in the case and was first reported by The Nevada Independent.

“Mr. Adelson is still dealing with certain side effects from medication he is taking for the treatment of non-Hodgkin’s lymphoma,” company spokesman Ron Reese said in an emailed statement Thursday night. “These side effects have restricted his availability to travel or keep regular office hours.”

The effects haven’t prevented Adelson, 85, from fulfilling his duties as chairman and CEO, Reese said. The company expects he’ll return after he completes treatment.

Adelson also suffers from peripheral neuropathy, a condition that affects the nervous system.

The billionaire and his wife, Miriam, gave President Donald Trump’s campaign $30 million in 2016. They followed that by contributing $100 million to the Republican Party for the 2018 midterm elections.

Adelson is Las Vegas Sands’ largest shareholder and regularly participates in the company’s earnings calls, but was absent when it reported results on Jan. 23. Sands President Robert Goldstein said at the time that Adelson was “a little bit under the weather.”

“We met with him yesterday,” Goldstein said of Adelson during the January call. “He’s taking some medications making him a bit drowsy, so he decided this morning to take a rain check on this one.”

Adelson was expected to testify in the case brought by Hong Kong businessman Richard Suen and his company, Round Square Co. He testified in 2013 and 2008 in the case’s two previous trials.

Suen has been seeking compensation because he said he helped Sands secure business in the Chinese gambling enclave of Macau. Sands has argued Suen didn’t help get crucial approval to build casinos in Macau and deserves nothing.