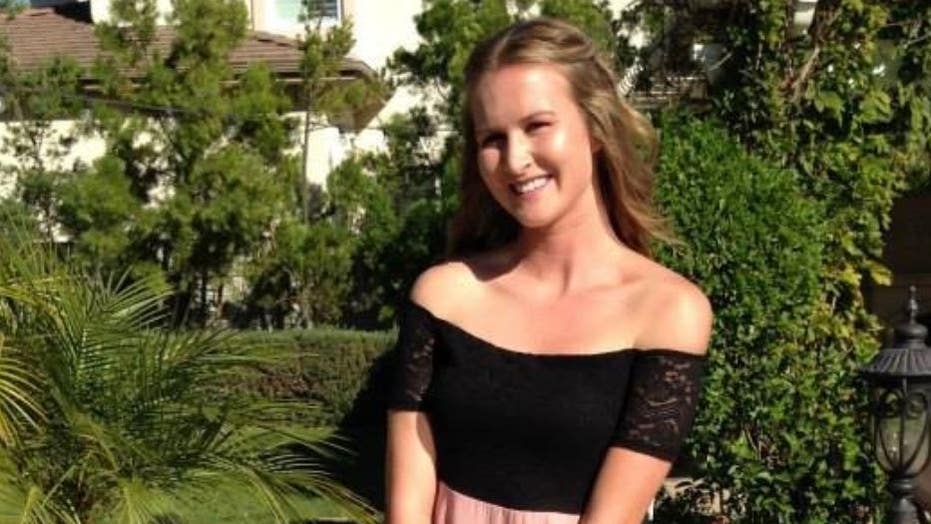 Sara Stelzer’s life was just beginning when it was tragically cut short.

At 18, Sara — a smart, loving and thoughtful girl — was a freshman at San Diego State University when, one Saturday in October of 2014, she called her parents to complain of a bad headache. Her headache soon was paired with exhaustion and nausea, leading the teen to sleep through some of her classes after the weekend was over.

“We thought it was the flu — we told her to rest and go to the student health center. She was more concerned with missing classes than how bad she felt,” Sara’s father, Greg Stelzer, 63, told Fox News.

But Sara then developed a blotchy, purple rash — what her parents would later learn was a sign of meningitis B.

“For us, this has been like therapy — it’s Sara’s legacy. It keeps her memory alive," said Greg. (Greg Stelzer)

Sara was in the emergency room by Tuesday morning, one of the teen's friends informed Greg and his wife Laurie via text message. When they arrived at the hospital from the Los Angeles area later that afternoon, Sara was in an induced coma.

Though Sara’s doctors started her on antibiotics after determining she contracted bacterial meningitis, it was too late: the infection had spread to her brain and spinal cord, causing her to suffer a stroke. By the time her parents reached her, she was brain dead.

“In our minds, that was when she passed away,” said Greg.

In less than two days, their daughter was gone.

“We had no idea that these flu-like symptoms could develop and kill her within 36 hours,” Laurie, 51, told Yahoo Lifestyle.

Meningococcal disease is primarily caused by five types of meningococcal bacteria — A, C, W, Y and B. The Centers for Disease Control and Prevention (CDC) recommends children between ages 11 and 12 receive a meningococcal conjugate vaccine and receive a booster at 16 to prevent against serogroups A, C, W, and Y. In addition, those age 16 to 23 can also receive a serogroup B meningococcal vaccine, the agency added.

One of the main meningococcal serogroup B vaccines — Trumenba — was first licensed in the U.S. in 2014, before another — Bexsero — became available in 2015, per the Immunization Action Coalition.

The CDC now recommends “permissive use of” meningococcal serogroup B vaccines, which essentially means the federal health agency doesn’t endorse all teens and young adults receive the vaccine at this time, unlike its universal recommendation for the meningococcal conjugate vaccine. Rather, a doctor determines the risk and assesses whether or not a patient should receive the shot.

“You don't realize how your body and mind are affected by a loss like that — the first year was a fog. My older daughter took a semester off [from college]," he said. "We grieved our way, went to support groups and counseling." When the fog lifted, however, “we felt that we needed to do something," added Greg.

In November of 2014, just one month after their daughter died, Laurie was contacted by the National Meningitis Association and was urged to share Sara’s story with officials at the CDC in Atlanta. Greg claims it was after meeting with Laurie that the CDC set its “permissive use” guidelines regarding meningococcal serogroup B vaccines.

But the couple isn't finished. They continue to raise awareness, traveling to different universities to educate faculty, parents, and students about the deadly disease and how to prevent it.

“You don't realize how your body and mind is affected by a loss like that — the first year was a fog."

“We felt the need to get the word out about this terrible disease and started a campaign to speak at universities. Our story is simple: We tell our story then we present a PowerPoint presentation explaining what meningitis is, what the symptoms are and how at-risk students can protect themselves with the vaccine," Greg said.

The couple has already seen success at San Diego State University, where Sara attended before falling ill. They annually hold a roughly one-hour informative session with resident assistants (RAs), parents, students and more. Three students in the fall of 2018 were diagnosed with meningitis B but survived. An RA for one of them told the couple their presentation helped her recognize the student's symptoms as something more severe than the flu, he said.

“We had no idea that these flu-like symptoms could develop and kill her within 36 hours,” Laurie said. (Greg Stelzer)

Starting in the fall of 2019, San Diego State University will require all incoming students have a meningococcal serogroup B vaccine, Greg said, adding he and Laurie are hopeful other universities across the country will follow suit.

“Prevention is a lot better than dealing with it after it happens — we go to any and every school to try and push for it. Had we known this, Sara would still be with us today,” he said.

But raising awareness has also been healing for Greg and his family.

“For us, this has been like therapy — it’s Sara’s legacy. It keeps her memory alive,” he continued. “And for us, it has been very rewarding.”