Dr. Michael Debloisblanc discusses why he spoke out against the restrictions on ‘America’s Newsroom.’

A California doctor who was fired after questioning his county’s coronavirus stay-at-home orders spoke out to Fox News on Wednesday.

Dr. Michael Deboisblanc was removed from his post as trauma medical director for John Muir Health after writing a letter to health officials in Contra Costa County, Calif., that questioned the effectiveness of the county’s lockdown measures.

Deboisblanc told "America’s Newsroom" Wednesday a group of parents advocating for the reopening of schools in the area asked him to write the letter.

"All the data that I am aware of, looking at children and the virus, shows that it’s safe" to reopen schools, Debloisblanc told Sandra Smith. "There are many other states now that have months of track records showing that it’s safe for their kids to go back to school. And the state of California and the county is just not making that possible."

Deboisblanc wrote the letter along with Dr. Pete Mazolewski and Dr. Brian Hopkins. "The science is clear that more lockdowns lead to much more non COVID morbidity and mortality," the letter reads in part. 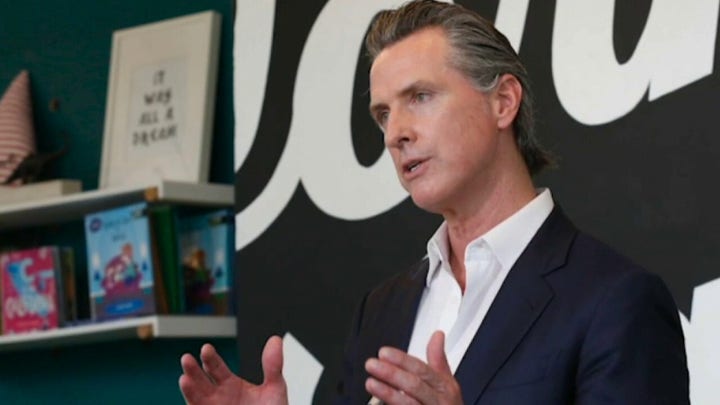 "These are restaurants that are just trying to survive, and keep their doors open," he said. "It’s been very difficult for them."

"The doctor is employed through an outside contract," said the statement, read by Smith on-air. "And after careful consideration, John Muir Health is not continuing with Dr. Deboisblanc in that position."

Despite his firing, Deboisblanc praised his former colleagues for working hard to fight the pandemic.

"That’s a great hospital, they are doing amazing things," Deboisblanc said. "The doctors and nurses there taking care of COVID patients are risking their health every day. They just got the first round of the vaccine. And let me tell you, it’s a big relief for them."