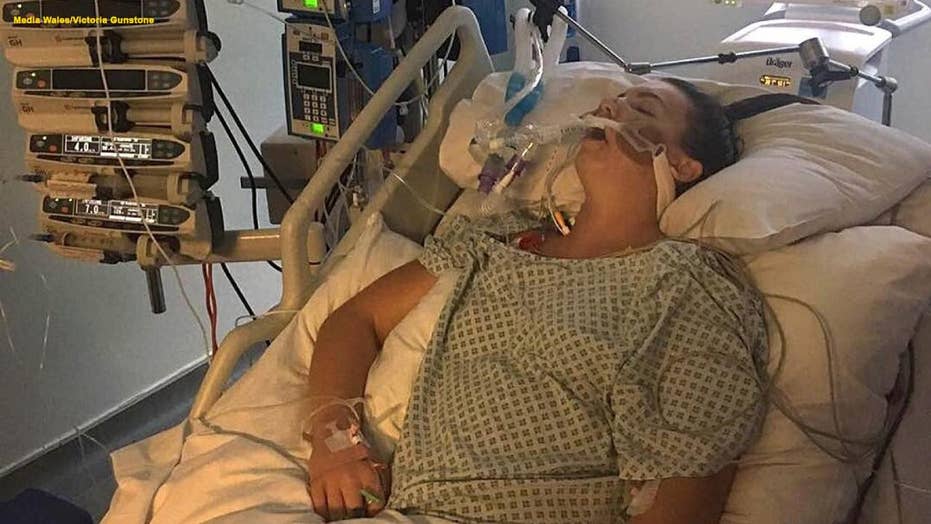 A 28-year-old bride-to-be caught a deadly mix of double pneumonia and sepsis. Her doctors gave her a 3 percent chance of survival, but the young woman miraculously pulled through.

A 28-year-old woman in the U.K. was still celebrating her recent engagement when she landed in the hospital with a deadly infection and was reportedly given just a 3 percent chance of survival. Victoria Gunstone, who at one point was in an induced coma and on a ventilator for nearly a week, said it started with pains in her leg and back, which she initially thought was a minor injury.

“I’d gone in on the Friday night,” Gunstone told Wales Online of her stay at University Hospital of Wales in Cardiff. “Saturday I was waiting to be discharged and by Sunday I was seriously ill. They were running tests and thought I had sepsis but didn’t know the cause because I didn’t seem to have any internal infection or cuts. I was OK and then suddenly went into multiple organ failure.”

Gunstone told the news outlet that her family was told to prepare for the worst as she was given just a 3 percent chance for survival, and that she then contracted double pneumonia and required a ventilator to aid her breathing.

Six months later she has made a full recovery and is set to marry her fiance Mike next year. (Media Wales/Victoria Gunstone)

“The consultant came in and said he needed to put her in an induced coma and that she might not survive the anesthetic,” Beverley Gunstone, Victoria Gunstone’s mother, told Wales Online. “That was such a shock I was sick in the bin and crying. They told us to stay and said she was dangerously ill. They put her on a ventilator and told us to spend some time with her. I read into that we could be saying goodbye.”

Gunstone said she was unconscious for five days, and that she tested positive for staphylococcal sepsis. The infection is categorized as either skin and soft tissue infections or invasive infections. In Gunstone’s case, her invasive infection led to sepsis, which occurs when the infection enters the bloodstream and causes an overwhelming immune response and requires immediate medical attention.

Gunstone told Wales Online that once she began receiving antibiotics and steroids, her condition began improving, but that they still aren’t sure how she contracted the infection. She was reportedly discharged four weeks after her admission, and initially had to use a wheelchair but has since recovered.

“They put the reason down to catching sepsis from a bug that can be transferred through skin contact, a superbug that can live anywhere,” she told Wales Online. “That caused me to get sepsis. Doctors said going to the gym means my lungs were strong. That helped save me, being so fit. I’m just thankful for that.”

Gunstone is now set to marry her fiancé Mike next year.