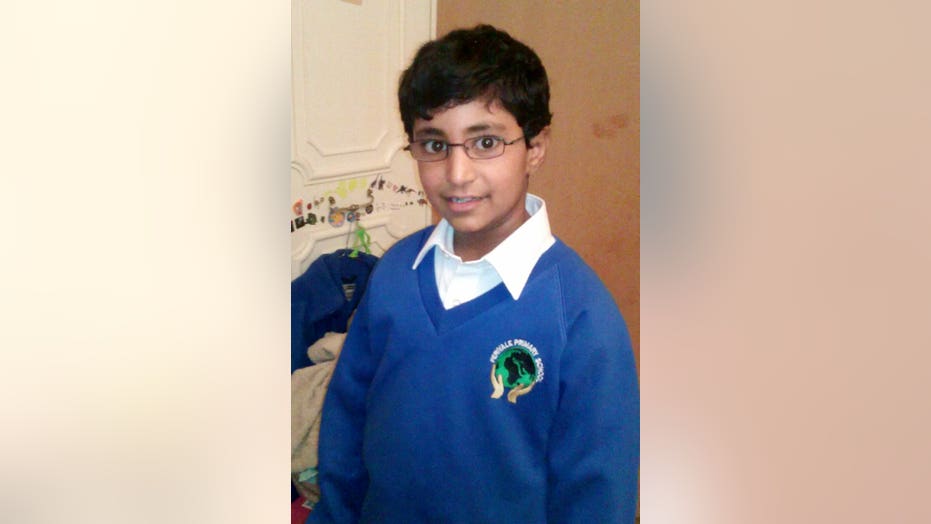 The 13-year-old boy who tragically died from a severe allergic reaction after a classmate threw cheese down his shirt two years ago was allegedly yelling that he “was going to die” moments before being given an expired EpiPen, according to court testimony.

Karanbir “Karan” Singh Cheema, who died 10 days after the June 28, 2017 incident, first alerted a science teacher who was overseeing the cafeteria at the time, and was sent to the welfare office.

GIRL, 10, DIED OF CARDIAC ARREST ON WATER SLIDE: 'THE EXCITEMENT THREW HER RHYTHM'

“Karan told me ‘he put cheese down my collar for no reason,’ then he pointed to the back of his neck,” Lucjan Santos told the St. Pancras Coroner’s court, according to SWNS. “I said ‘that’s not very nice,’ then Karan continued and said ‘and I’m allergic to cheese.’ I told him to head down to the school welfare room and tell them what had happened ... and to ask them for an incident form.”

According to the news outlet, Santos testified that Karan seemed annoyed and was itching the back of his neck, but walked calmly out of the cafeteria. When he arrived at the welfare office, Bonny Campbell, an administrator who has first aid training was “alarmed” by his symptoms and called in another staff member to help.

Campbell testified that she called Karan’s mom to inform her that he would be taking his allergy medication, but that after he took it she found him leaning over the sink gasping, with blood on the back of his shirt.

“He started to be a bit more erratic and then I shouted at Faye (the receptionist) to call the ambulance because Karan is having an allergic reaction,” Campbell said, according to SWNS.

According to the American College of Allergy, Asthma and Immunology (ACAAI), people with allergies typically develop mild to moderate symptoms including watery eyes, a runny nose or a rash. But in severe cases, exposure to an allergen can produce a life-threatening reaction known as anaphylaxis. Symptoms in these cases typically occur suddenly and progress quickly to include trouble breathing, hives, swelling, tightness of the throat, hoarse voice, nausea, vomiting, abdominal pain, diarrhea, dizziness, fainting, low blood pressure, rapid heartbeat and cardiac arrest.

Karan, pictured with his mom, was given an expired EpiPen due to a spreadsheet error, the court heard Thursday. (SWNS)

Patients experiencing these symptoms may also have a feeling of doom. Those who have experienced reactions in the past are at risk for severe future reactions. The ACAAI said treatment for a reaction should be administered immediately with an injection of epinephrine. In some cases, two injections are necessary to control the reaction.

The inquest heard that Karan was given an expired EpiPen due to a spreadsheet error.

According to the family’s lawyer, Andrew Hogarth, Karan was “shouting ‘I’m going to die,’” after the first injection.

“Did you not think a second EpiPen would be a good idea at this stage?” Hogarth asked Campbell.

Campbell said that paramedics were already en route so they were waiting for further help. She said that the boy then fell unconscious “almost immediately,” SWNS reported.

The boy who threw the cheese, who is not being identified due to his age, was also present and apologized to Karan’s family, claiming he was unaware of the boy’s allergies.

According to SWNS, Karan suffered from asthma and had atopic eczema in addition to being severely allergic to wheat, gluten, all dairy, eggs and nuts.