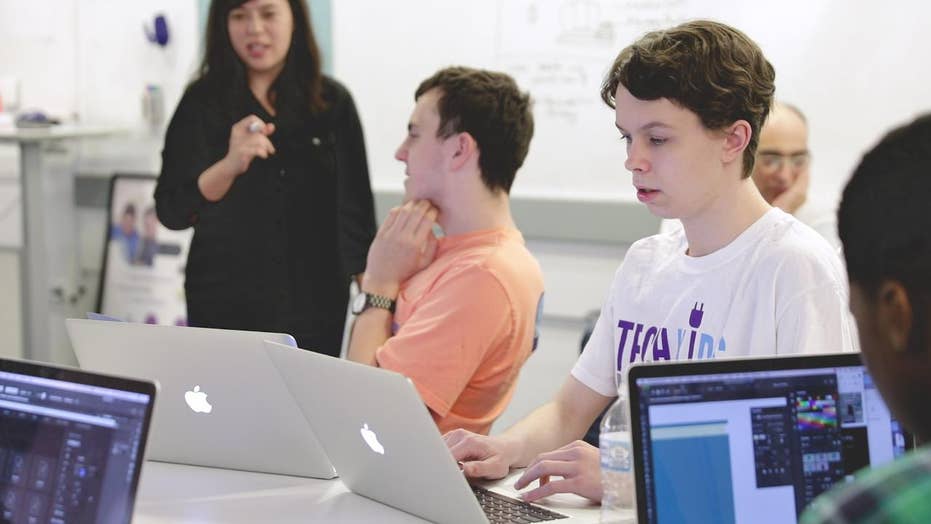 Some teens with autism spectrum disorder (ASD) may have a difficult time finding work experience before embarking on college, but one Brooklyn-based internship program is helping kids with ASD learn how to use technology and become their own digital media producers.

In the past few years, a team of scientists from the University of Cambridge have explored the correlation between testosterone and autism, with some evidence to boot.

But now, new research is showing there may be a stronger link between autism and estrogen.

This research was published this month in Molecular Psychiatry and led by Dr. Simon Baron-Cohen, who is the university’s director for the Autism Research Center.

Their finding corresponds with the higher incidence of autism in male children. According to the CDC, boys are 4 times more likely to have the disorder than girls.

However, the current study reports that other research didn’t always show this correlation between high testosterone and autism. For example, several studies measured the hormone’s levels after the baby was born, but high testosterone levels didn’t correspond with an autism diagnosis.

Thus, the researchers noted that these findings may suggest a link between ASD and the broader endocrine system.

During this new study, the researchers measured estrogen levels through amniotic fluid samples from the Danish History Birth Cohort. The cohort is a large database of samples and information on thousands of pregnancies.

Using these samples, scientists measured estrogen levels in 98 boys who had developed autism spectrum disorder (ASD) and 177 boys who did not.

The results showed that high estrogen had a strong association with whether a baby developed ASD later.

The authors stated that their method showed “the first evidence that elevated levels of prenatal amniotic oestradiol, oestriol and oestrone are each associated with autism, with oestradiol levels being the most significant predictor of autism likelihood. . . .”

This correlation between estrogen and autism may provide a new avenue to explore ASD causes since estrogen’s role in autism has never been researched, states the report.

However, estrogen is known to affect brain development just as testosterone can.

With that knowledge in mind, scientists have shown that autistic girls have an abnormal brain structure which can be seen through an MRI, states the report.

In addition, autistic females and their mothers tend to get breast or ovarian cancer more often than other females. High estrogen levels could explain some of the characteristics surrounding autism that previous research has observed.

The study concludes that high estrogen is a “characteristic of autism.” The authors think this hormone could interact with genetic factors that play into the disorder.

However, one important note is that Professor Baron-Cohen and his team are simply looking for a deeper understanding of autism, the professor states in Medical Xpress. The team is not attempting to establish ASD screening or prevention.