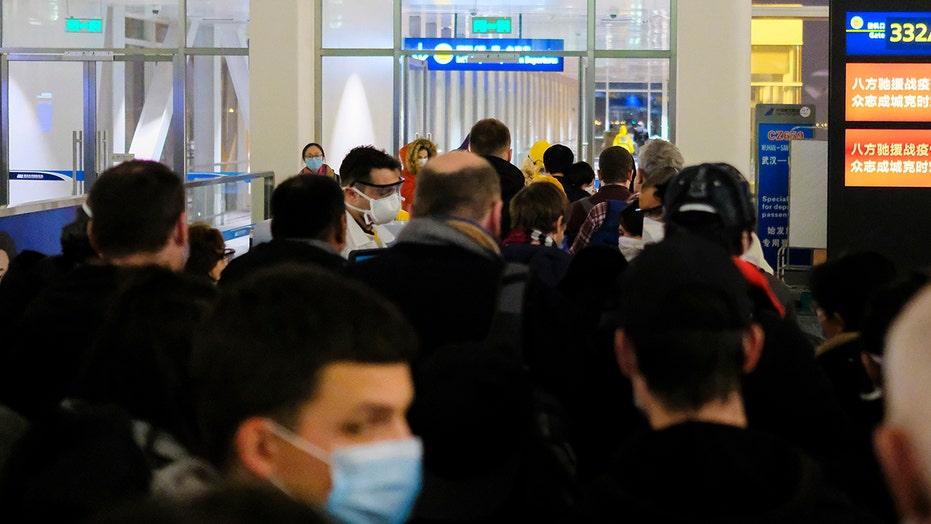 A non-New Jersey resident who arrived at Newark airport on Tuesday night on a flight from China has been placed under mandatory quarantine for 14 days. Health officials said the passenger is asymptomatic but had been in Hubei Province on Feb. 4, which is where the majority of the 24,000 cases of coronavirus have been confirmed.

“The individual, who is not a New Jersey resident, was transported to a location in Essex County, and we will monitor the individual for symptoms for the next 14 days,” the New Jersey Department of Health said in a tweet on Wednesday. “The risk of novel #coronavirus transmission in NJ residents remains low.”

The 14-day quarantine is in accordance with plans that Health and Human Services Secretary Alex Azar announced last Friday. Azar said that beginning on Feb. 2, all U.S. citizens returning from Hubei province will be subject to a 14-day quarantine, while other Americans who traveled elsewhere in China will be instructed to self-monitor for possible symptoms. Azar also said that President Trump is temporarily suspending entry into the U.S. for foreign nationals who pose a risk of transmitting the virus.

The timeframe for the mandated quarantine is based off the Centers for Disease Control and Prevention (CDC) data on the incubation period of the virus. In a press conference on Wednesday, CDC’s director of the National Center for Immunization and Respiratory Diseases Nancy Messonnier said that the number of cases in the U.S. remains at 11, and that four additional planes carrying American evacuees from Wuhan would be quarantined for 14 days.

Two planes arrived in the U.S. on Wednesday at Travis Air Force Base in Solano County, Calif., with one later traveling on to Miramar Marine Corps Air Station in San Diego. An estimated 350 Americans were on the two flights and will remain in temporary housing units, where they will be monitored by CDC medical teams for possible symptoms of the coronavirus.

Two more planes are expected to arrive at two additional locations on Thursday, including a military base in Texas and Ebbley Airfield in Nebraska. The passengers taken to Nebraska will be housed at Camp Ashland, a Nebraska National Guard facility.

A first plane carrying 195 Americans landed at March Air Reserve Base in California last week, and the passengers have been under quarantine ever since. One minor on the flight was taken to the hospital on Tuesday with a fever, but no other symptoms. The quarantined passengers at March Air Reserve Base will be released to go home on Feb. 11 “as long as they are healthy and their immediate family is healthy,” Messonnier said.

The virus has sickened over 24,000 people and killed at least 290, with 99 percent of cases occurring in mainland China. Messonnier said that as of Wednesday, 206 tests in the U.S. came back negative for the virus, with an additional 76 results pending.