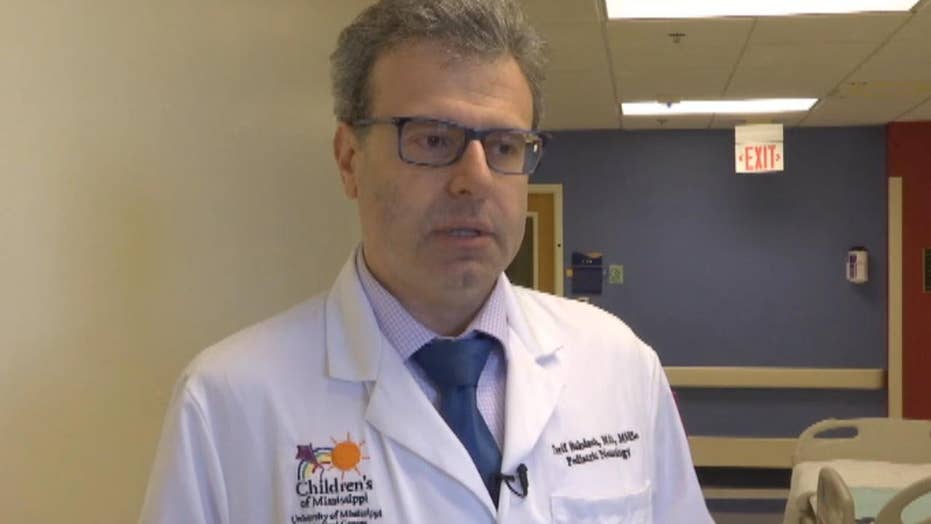 The war in Syria is now in its seventh year. According to the United Nations, millions have been displaced and hundreds of thousands have been killed including medical workers. More than 750 medical personnel have been killed since the beginning of the war, increasing the need for doctors and nurses.

A team of doctors and professors in the U.S. and abroad are working to train Syrian medical students online. Tarif Bakdash, a doctor and associate professor of pediatric neurology at the University of Mississippi Medical Center is part of that team.

"As a Syrian originally," Bakdash said. "I feel like I have an obligation to help the Syrians at this point and as an American I feel I have a duty to bring to the world what is the United States about. Which is again to me a country of love and kindness and compassion."

Bakdash immigrated to the United States from Syria in the 1980's. He volunteers his time on weekends to help develop a curriculum for medical students at Free Aleppo University (FAU). He says the university was founded nearly two years ago by former professors of Aleppo University, which is controlled by the government of Syrian President Bashar al-Assad.

"The idea behind it is because most of the medical students and most of the university students in Aleppo area can't go anymore to the universities because they are controlled by the government," Bakdash said. "These are kids in the rebel held areas. So basically the interim government decided to start a university."

FAU has gained support in the United States since its founding. Yale University hosted a meeting in May of 2016 to drum up support for the university. Kaveh Khoshnood an associate professor at the Yale School of Public Health, helped organize the meeting.

Khoshnood says the school operates "underground" literally and figuratively since most students study in basements of buildings in "safe" locations.  "Just getting together carries a risk of being targeted by the government forces," Khoshnood said. "Their locations are completely secret, we never know and of course we never ask where they are but they know fully well their taking risks but they want to be educated they want to work as doctors and nurses," he said.

Although Yale University doesn't offer classes to FAU students, Khoshnood says he hopes to do more in the near future. Yale University medical students even started a YouCaring campaign to purchase anatomy apps for FAU students. Khoshnood added his colleagues at the State University of New York at Albany already have a platform in place to teach displaced students.

The State University of New York at Albany offers classes to FAU students through its Global Multilingual Online College. Arash and Kamiar Alaei are brothers and co-directors of the school's Global Institute for Health and Human Rights. The Alaei brothers created a platform to help displaced students from around the world continue their education.

"We developed the idea in late [2013] and we searched for the opportunity to recruit students," Arash Alaei said. "[The] Yale meeting was a great opportunity to have access to our target. After one month we started to deliver academic course[s] in addition to intensive English language program.

Alaei says the courses are free for the nearly 500 students at Free Aleppo University and the platform provides nearly 60% of the pre-clinical courses needed. Professors at FAU teach the remaining classes. He added that the majority of students take the courses on their smartphones since they do not have access to laptop computers.

According to Alaei, most of the students remain in Syria with some reside in Turkey.

So far, the initiative has received nearly $100,000 in grants but Alaei says they are looking to build on the program and nail down more support from other universities. Alaei also says students are able to receive credit from Bahcesehir University in Turkey since FAU lacks accreditation.

As the war wages on, Bakdash says he is focused on helping the Syrian people help themselves and rebuild his former homeland. Last year he visited Al Zaatari refugee camp in Jordan and he will make another trip to the region to provide care to those affected by the war this summer.

"Let's open our hearts," Bakdash said. "Let's help them and let's support them. Not by bringing them here, but let's help them over there and we can do a lot, I think," he said.