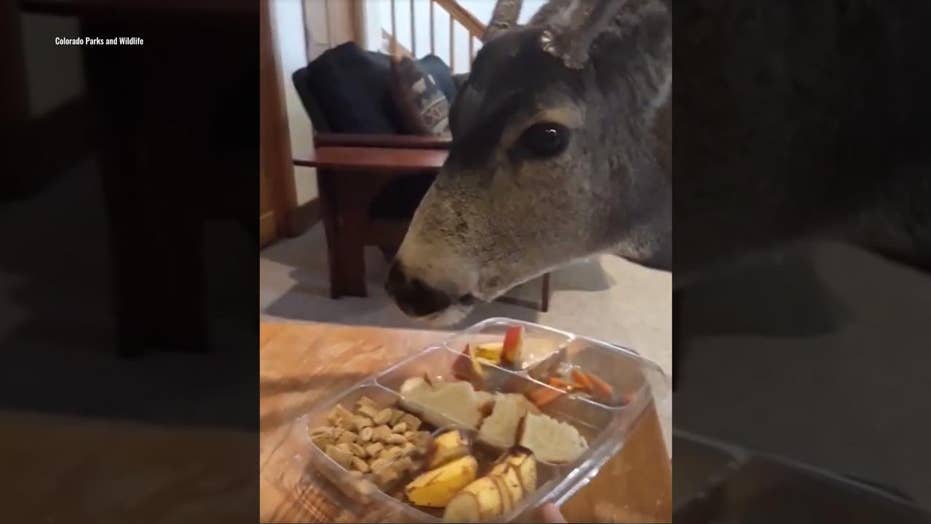 Charges have been filed against two Colorado residents who were caught feeding big-game wildlife near their homes.

Colorado Parks and Wildlife (CPW) has filed charges against two residents for the “selfish and unethical” practice of feeding big-game wildlife near their homes. Footage released by CPW also shows one of the offenders actually allowing multiple deer into her living room, where she offered them snacks.

“It is selfish and unethical to feed big-game,” said Mark Lamb, an area wildlife manager with CPW. “You are going to end up unintentionally killing those animals and also putting yourself in harm's way. If what you want is a pet or just to connect with an animal, choose a domestic breed that has evolved to live with people.”

CPW’s stern words were issued following two “egregious incidences” of residents feeding big-game animals in both the towns of Bailey and Evergreen. The former involved a homeowner feeding deer in his yard often enough that deer would come rushing to him when he stepped outside; the latter involved a woman who filmed herself allowing a large deer to enter her home from her yard.

In footage of the Evergreen incident, the woman can be seen feeding a piece of bread to a deer that had entered across the threshold of her home through a screen door, while multiple other deer stood waiting outside. In other clips, she lures a deer through the same door, where she feeds them apples, carrots and other snacks off a table.

Officials with CPW confirmed that charges were filed against both offenders. They also warned that such acts are punishable with fines of up to $100 per instance of feeding, along with associated costs.

CPW said in a news release that all residents should refrain from feeding big-game wildlife, lest they disrupt natural migration patterns or even lure predators to the area.

“If you are training deer to come and stay in your backyard, you are asking mountain lions to be in your neighborhood as well,” Lamb was quoted as saying in the news release.

Officers also issued citations to 12 other residents for similar incidents in January, according to CPW.

“Turning your yard into a virtual zoo by feeding deer and elk is not safe for people, not healthy for wildlife and is truly a selfish act,” added Wildlife Officer Joe Nicholson. “The proper way to enjoy viewing wildlife is to do so from a safe distance and without artificially introducing feed, salt, or other attractants that alter their natural use of the landscape and aversion to people.”