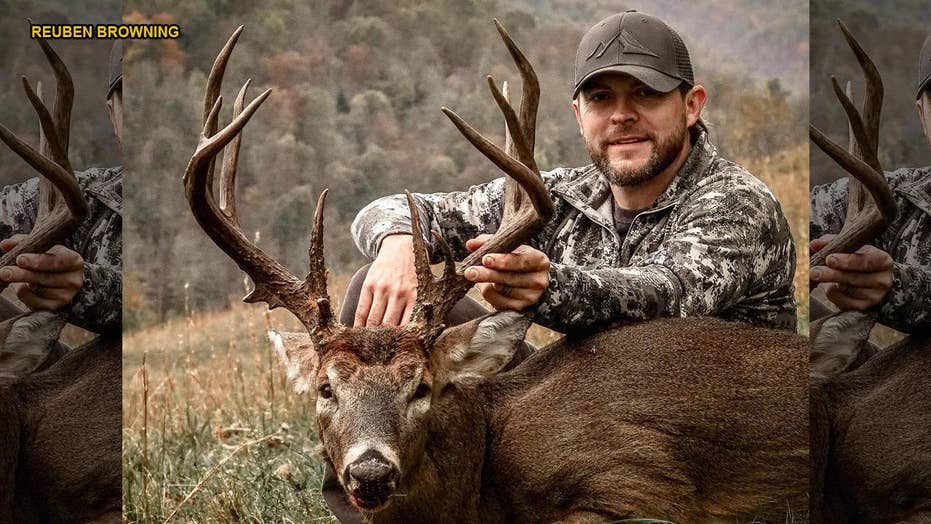 Hunter bags 17-point buck after tracking it for 6 years

Hunter David Miller first spotted what would go on to be a 17-point buck on a network of game cameras set up on land he and his friends has leased in Mingo County, West Virginia in 2013. Miller was patient with his tracking of the buck, waiting a full six years until it reached maturity to hunt the impressive animal.

Some things are just worth waiting for.

After spending six years tracking and watching the animal grow, a hunter finally put down a massive buck.

His patience paid off -- as he now gets to say he took down a 17-pointer.

David Miller first spotted the animal in 2013, the West Virginia Gazette-Mail reported. Miller and his friends had leased a piece of property in Mingo County, West Virginia, and would notice the impressive animal on a network of game cameras they had set up.

“The funny thing about that buck was that in the six years I followed him, I only ever saw him one time in the daylight,” Miller told the Gazette-Mail. “All the pictures we had of him were at night. He had learned early on how to avoid hunters.”

Miller said he was able to recognize the buck due to its identifiable antler points.

After noticing that the animal seemed to be avoiding certain areas, Miller set up a camera where he thought the buck might be avoiding hunters. After the camera made a rare daytime spotting of the animal, Miller went to work, bringing a bow and arrow with him.

Despite coming across several other impressive bucks on his hunt, Miller stayed patient.

“I caught a movement at one of the scrapes,” Miller told the Gazette-Mail. “The old buck had slipped in. He lowered his head to go under a branch, and I could see it was him. He stepped out into the open about 18 yards away. When his head went behind a tree, I shot him.”

Miller shared photos of his triumphant moment on Facebook, posting, “I am so very thankful and blessed to harvest this WV Mountain Monarch!!!! 17 scorable points and 9.5 years old... and my bro Cole rough gross scored him last night at 179” and change. I am still reflecting on it all, and have not wrapped my head around it yet....but I look forward to sharing this story because it means so much me, mostly because of the people involved through it all. So much has happened over the years, truly incredible!”