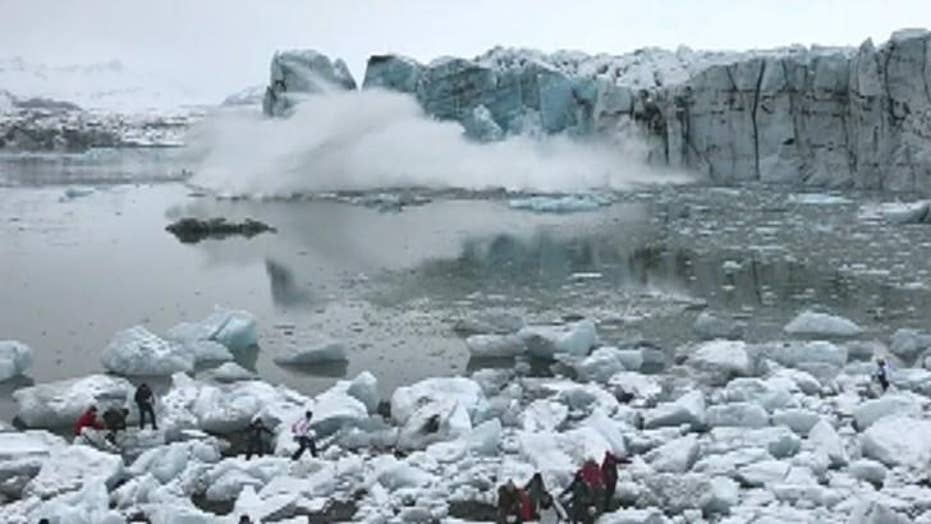 A group of tourists in Iceland were left scampering to safety when a large chunk of a nearby glacier suddenly collapsed into the sea, producing a gigantic wave that caught the adventurers by surprise.

What a rush! A group of tourists in Iceland were left scampering to safety when a large chunk of a nearby glacier suddenly collapsed into the sea, producing a gigantic wave that caught the adventurers by surprise.

Members of a tour group visiting the Breiðamerkurjökull glacier in Vatnajökull National Park on Sunday were forced to run for their lives as the massive wave rushed toward them, The Sun reports.

Video footage of the crash – known officially as glacial calving – was captured and shared to Facebook, where it has since been viewed over 150,000 times.

According to the videographer, the glacial calving didn’t frighten the tourists — despite their shrieks that can be heard in the now-viral video clip.

“They were not scared but rather very excited,” Stephen Mantler, who works the travel company Háfjall, told local media as per News.com.au.

According to the Alaska Satellite Facility, which belongs to the Geophysical Institute of the University of Alaska Fairbanks, glacial calving occurs when ice chunks break and fall off the end of a glacier, known as a terminus; the separation effectively creates icebergs.

Mantler described the calving in the Breiðamerkurjökull area as an "extraordinarily large event" that unfolded "closer to the shore than usual,” The Sun reports.

Despite the drama, no one was injured in the collapse in the Jökulsárlón lagoon, according to AOL.

“Due to the sheer size and proximity it was a bit of a close call but everybody was safe and stayed dry,” a witness said.