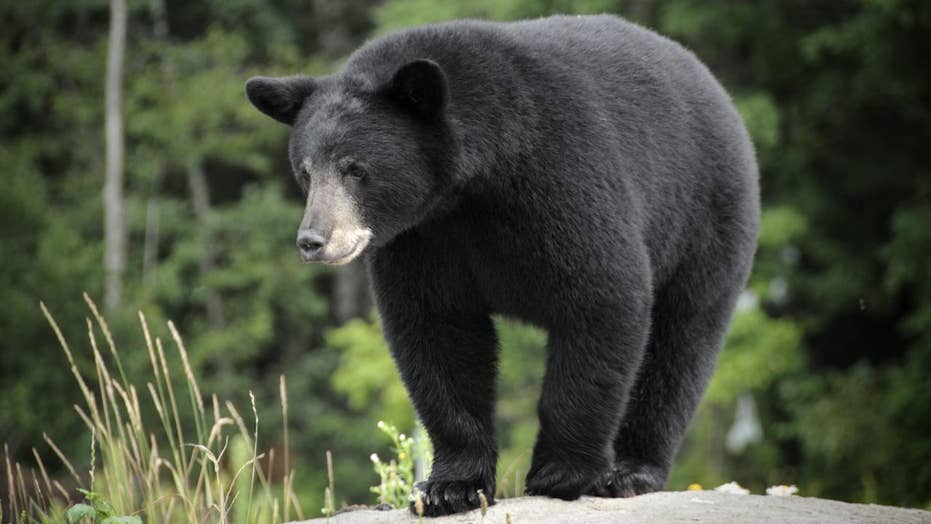 Tourists caught getting too close to a black bear in Tennessee

Visitors to Great Smoky Mountains National Park were shamed on Facebook for getting dangerously close to a wild black bear, apparently for photos.

Back away from the bear!

A group of curious tourists were recently caught on camera getting dangerously close to a black bear in the Great Smoky Mountains National Park in Tennessee. Video footage of the surprising scene has since gone viral on Facebook, with many commenters describing the visitors as “idiots” for getting so close to a wild animal, a violation of a federal regulation punishable by fines and arrest.

On Oct. 14, Kelly Price Helms shared an “insane” 33-second clip to Facebook, featuring a group of people photographing a black bear from just a few feet away, while the wild animal ate grass near the side of a road between Cades Cove and Townsend, as per WBIR. The visitors seemed to be blissfully unaware of the dangerous situation they were in.

“Witnessed this the other day while visiting the Smoky Mountains. Insane!” Helms captioned the now-viral video, which has since been shared nearly 5,000 times to date.

“Please note that my family and I were safe in our car and unable to move along due to these people jumping out of their vehicles,” she added.

Social media commenters were quick to declare the tourists “idiots” and “fools” for the reckless behavior.

“Good grief! People are crazy. This is a wild animal. Yes, they are beautiful and I love to see them but I’m not crazy enough to get that close,” one user wrote. “The sad thing is when people get attacked the bear is the one that suffers the consequences if they find it.”

“It only takes one time for that bear to come after you … There is a sign at the beginning going into the Smokies that tells you how far to stay away from the bears,” another agreed.

The National Park Service (NPS) warns that “bears are wild animals that are dangerous and unpredictable. Do not approach bears or allow them to approach you!”  (Getty Images)

"People are stupid. Stay in your car and leave the bear alone,” another said.

More broadly, Helms said that she shared the footage in hopes of raising awareness on the importance of respecting wildlife and natural habitats.

"I just want people to be informed about the danger of being that close to wildlife. It could not only turn bad for the tourist but for the bear as well," the woman told WVLT.

Though a spokesperson for the National Park Service (NPS) was not immediately available to offer further comment on the incident, the agency’s website warns that “bears are wild animals that are dangerous and unpredictable. Do not approach bears or allow them to approach you!”

An image of the sunrise in Great Smoky Mountains National Park in Tennessee. (iStock)

It is also illegal to willfully approach bears within 150 feet (50 yards) or any distance that disturbs or displaces the creature in the Great Smoky Mountains National Park, the NPS explains. Violation of this federal policy can result in fines and even arrest.

Biologists estimate that roughly 1,500 bears live in Great Smoky Mountains National Park, which is one of the “largest protected areas in the eastern U.S. where black bears can live in wild, natural surroundings,” the agency states.