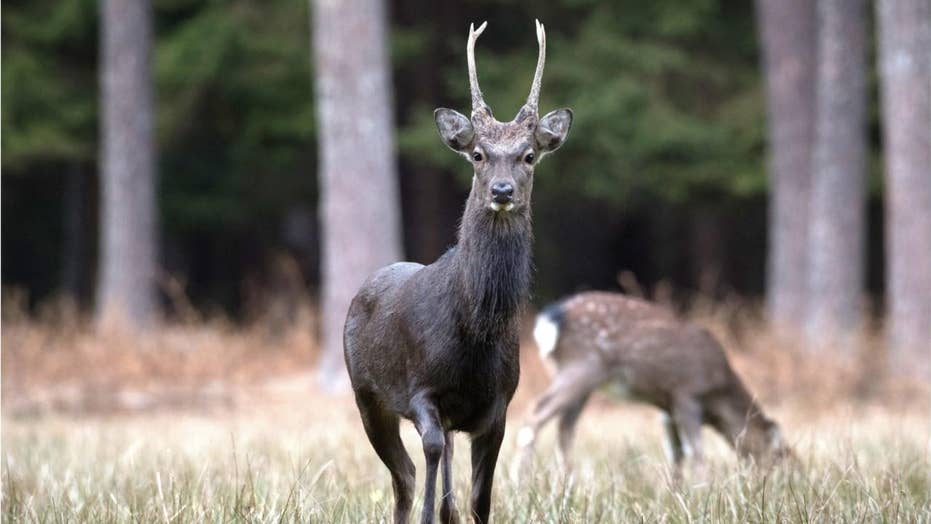 Conservation officials in New York are hoping to locate an “exotic,” non-native species of the elk family that has reportedly been spotted in the central part of the state and may have potential to infect the native white-tailed deer population with a deadly disease.

The  New York Department of Environmental Conservation has purportedly received multiple trail camera photos of a male sika deer, a species of small elk that is native to Japan and Eastern Asia, New York Upstate reported. At least two separate sources have sent the photos to officials.

One man interviewed by the publication, Jerry Grigonis, of Fulton, said he first noticed the deer on his trail camera in Granby, a small town in Oswego County, in November.

The sika deer has not before been found in New York except for on a private hunting reserve on Long Island, New York Upstate reported, citing a 2003 report from Newsday. Other states where the sika deer can be found include Texas, Virginia and along the eastern shore of Maryland.

Officials are concerned the sika deer could carry chronic wasting disease, “a fatal, neurological illness occurring in North American cervids (members of the deer family), including white-tailed deer, mule deer, elk, and moose,” according to the U.S. Geological Survey. If it does, there is potential that this species could spread the illness to the local white-tailed deer population.

Licensed hunters are now being encouraged to kill sika deer — which typically weigh 70 to 90 pounds and have a white-spotted dark brown or black coat — if they come across one. The deer, which is not a protected species in New York, can then be tested for the disease.

More details on the policy can be found here.