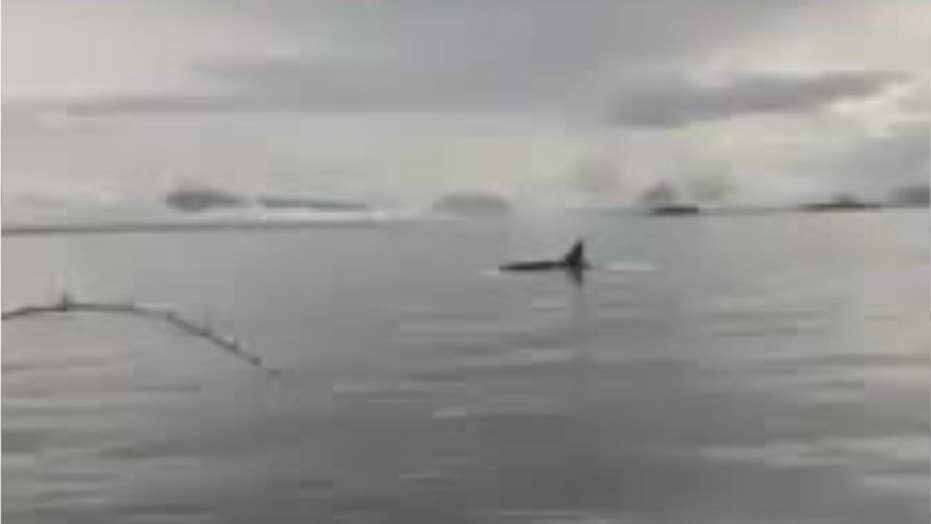 A killer whale was filmed by a crew stealing a fisherman’s salmon off of his fishing line.

That’s something you don’t see every day.

The crew of a chartered fishing trip in British Columbia, Canada, managed to film a killer whale heading straight for the boat — right after it snagged a massive salmon off a fisherman’s line.

"It was an amazing day," said Cal Robinson, the captain of Blackfish Charters, in a statement shared with Fox News. "Never in my life have I seen something like that."

"I was just in awe of the whole experience," he added to CTV News Vancouver. "I'm 44, I've been commercial fishing since I was five, and I've never seen anything like that in my life."

Footage shared to Facebook shows a fisherman rushing to reel in a large Chinook salmon on the waters off Prince Rupert, just as the orca breaches in the distance.

“Reel, Norm!” one of the men shouts at the fisherman.

“It’s comin’ for you real fast,” another observes.

The killer whale continues to follow the salmon toward the boat — but as one of the fishermen soon observes, the orca had already taken a sizeable chunk out of the Chinook, which Robinson estimated to weigh around 30 pounds.

“It’s just a head left,” one of the men laughs.

HOW ONE COLORADO MAN GOT A LIFETIME BAN ON HUNTING, FISHING AND TRAPPING

Robinson later told CTV News he was pretty certain the killer whale was already chowing down on the salmon before the camera started rolling.

“You could just hear the line peeling off the rod," said Robinson, who later described the  "amazing day"

Oddly enough, the captain said the orca just kind of hung out for a while, as if to say “thank you,” according to Global News.

Norm, meanwhile, didn’t pass up the opportunity to be photographed with the remains of his catch, as noted by Blackfish Charters.

“Norm enjoy your fish head,” the company wrote on Instagram.