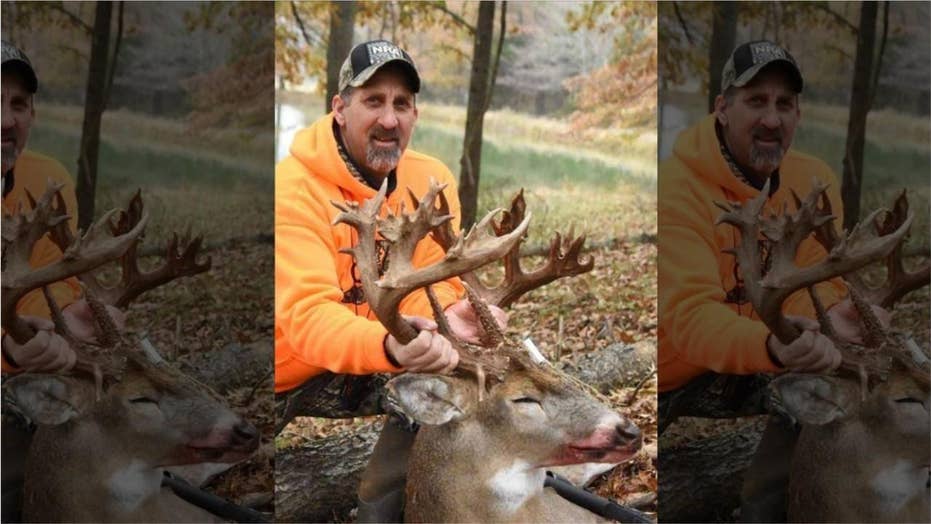 An Illinois hunter’s 51-point kill may be one of the “largest bucks ever shot in America,” the state Department of Natural Resources announced this week.

Keith Szablewski, of Johnston City, shot and killed the deer in November during the first weekend of the shotgun season in the state, WSIL-3 reported.

"I was just sitting there and I heard the deer behind me," Szablewski, who only began hunting deer four years ago, told the news station.

After making the kill, "I walked up to him, I looked at it and thought, 'What a blessing,'" he added.

"I walked up to him, I looked at it and thought, 'What a blessing.'"

State conservation officials have since told the man that the buck, which weighed roughly 265 pounds, “could have as many as 51 scorable points," WSIL-3 reported. That’s four more points than a world-recording breaking 47-point buck, which was shot in 2016 by a hunter in Tennessee.

TENNESSEE HUNTER SPOTS 12-POINT ALBINO BUCK IN RARE SIGHTING: ‘IT WAS LIKE SEEING A GHOST’

Szablewski reportedly plans to take the buck’s antlers to the Illinois Deer and Turkey Expo in July. There, a panel of judges will again score the animal and officially determine if it broke the record.

“I pray before I go hunting,” the hunter told the RFD Radio Network. “And on that day, I did pray to God to bring me a buck, and He sure answers prayers.”