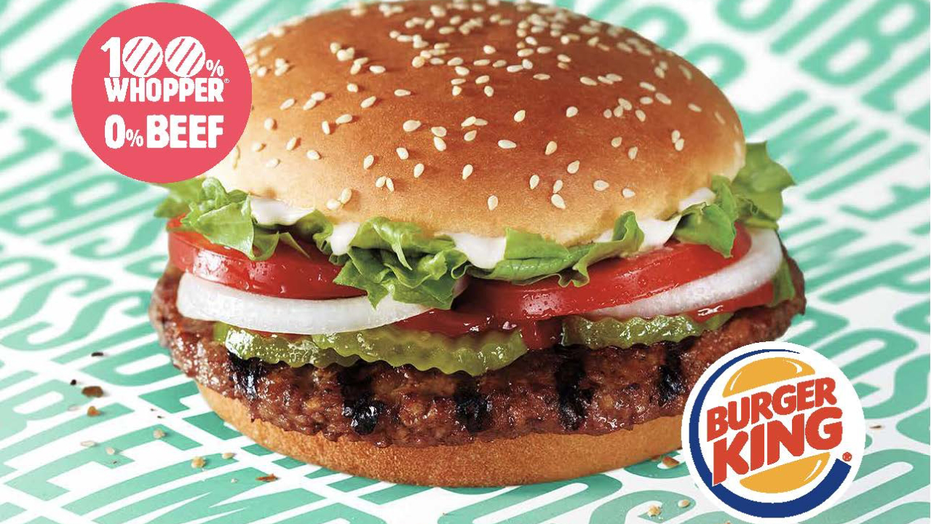 New York man finds undisturbed In-N-Out burger in Queens: 'It genuinely shook me to my core'

1,500 miles away from home a mystery In-n-Out burger shakes New Yorkers to their core.

Despite being made with a plant-based Impossible Foods patty, Burger King’s Impossible Whoppers, which hit nationwide menus on Thursday, will be cooked in the same broiler as the chain’s beef and chicken offerings unless a customer requests otherwise.

Representatives for Burger King have confirmed the methods that will be used to prepare the patties. They pointed out that this information is already stated on the Burger King website, in a footnote referenced by an asterisk on the product’s official page.

Guests can, however, ask for the patties to be prepared in the oven, according to the representatives, but the product still cannot be labeled vegan as Burger King restaurants “have an open kitchen environment.”

Burger King isn’t the only burger joint that can’t exactly call its new plant-based offerings "vegan" or even vegetarian: The A&W restaurants currently offering Beyond Meat patties are cooking them on the same grill as the beef burgers, as noted by Ad Age, and confirmed on the chain’s website.

Burger King announced the nationwide rollout of Impossible Whoppers last week, after successful tests in select markets in April. The Whoppers, which will be available at U.S. restaurants as of Aug. 8, are being marketed toward “both current guests who are already big fans of the WHOPPER® sandwich, as well as new guests who are excited about this new option,” according to Chris Finazzo, the president of Burger King North America.