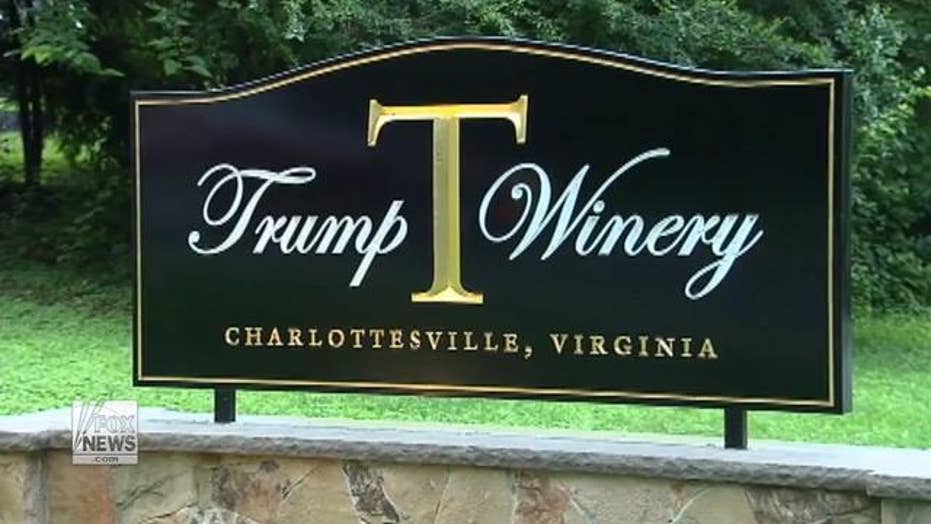 After his fiery press conference at Trump Tower, President Trump boasted about owning a winery in Charlottesville, Virginia. Those claims appear to be misleading

President Donald Trump called out the Charlottesville, Va. vineyard that bears his name during his headline-making press conference on Tuesday when reporters asked the president if he’d visit the Virginia city.

“I know a lot about Charlottesville. Charlottesville is a great place that's been very badly hurt over the last couple of days," Trump said. "I own — I own actually one of the largest wineries in the United States that's in Charlottesville.”

THIS IS TRUMP'S CHARLOTTESVILLE CONNECTION

It features a disclaimer on its legal page saying the winery is controlled by Eric Trump Wine Manufacturing LLC and is not “owned, managed or affiliated” with The Trump Organization in any way.  After purchasing the 776-acre winery from socialite Patricia Kluge in 2011, The Hill reports that POTUS handed over the vineyard to his son Eric.

Further, Virginia Wine Board member Annette Boyd told Politifact that the Trump Winery is not one of the largest in the United States, nor is it even the largest winery in the state of Virginia.

The measure for determining a winery’s size is the volume of wine produced. The Trump Winery produces about 36,000 cases of wine annually, Boyd said. In comparison, the Old Dominion state’s top producers are Chateau Morrisette and Williamsburg Winery, which each churn out about 60,000 cases of vino a year.

Further, Trump Winery has a long way to go if it wants to become one of the largest in the nation. E & J Gallo of California has long dominated as the country's top wine producer, making over 75 million cases per year.

This isn’t the first time that the President has been criticized for mixing business and personal matters at Trump Winery. Back in March, the President came under heat for citing job creation for Americans as a top priority, while Eric sought permission to hire more foreign workers to farm grapes at this very same Virginia winery.