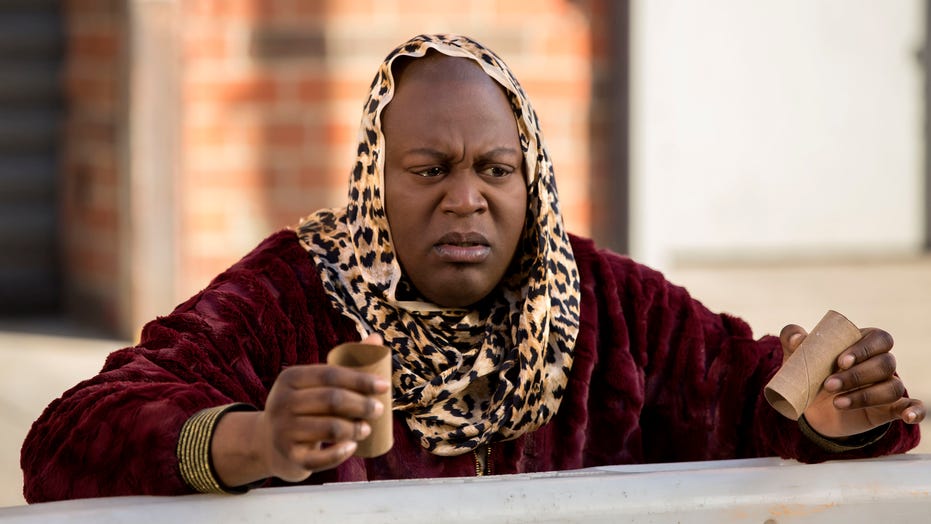 Cooking competitions are getting more and more explosive.

"Dishmantled," a new streaming cooking series coming in 2020, is reportedly going to start each episode by shooting food out of a “cannon” into the faces of blind-folded chefs, who will then be tasked with trying to recreate the pre-blasted version of the dish.

Deadline described "Dishmantled" as "a high-octane cooking competition that will literally blow your socks off.” (The show will likely use a cannon much less powerful than pictured here. Hopefully.)

“Dishmantled” was greenlit for Quibi, a short-form streaming service coming in April, Deadline reports. The show, hosted by Titus Burgess, will reportedly see chefs competing against each other for a cash prize.

Here, however, “competing against each other” means standing next to each other blindfolded, and having a “mystery” food dish “cannon-blasted” into their faces. Audiences will then watch as both chefs attempt to identify the various components of the dish and recreate it.

Whoever comes closest will apparently be named the winner.

According to Deadline, “Dishmantled” is described as “a high-octane cooking competition that will literally blow your socks off.” It will be produced by Linda Lea, the creator/executive producer for “Chopped,” along with Good Egg Entertainment and Electus.

Quibi won’t be the only streaming service with a cooking show. It was announced in July that Padma Lakshmi, from “Top Chef,” will be hosting a new series of her own with the streaming giant Hulu. The untitled project will reportedly follow the 48-year-old celebrity chef through 10 half-hour episodes as she travels through America exploring a diverse variety of culinary traditions, Entertainment Tonight reports.

It's highly unlikely that her travels will ever bring her face-to-face with food being shot at her through a cannon, however.