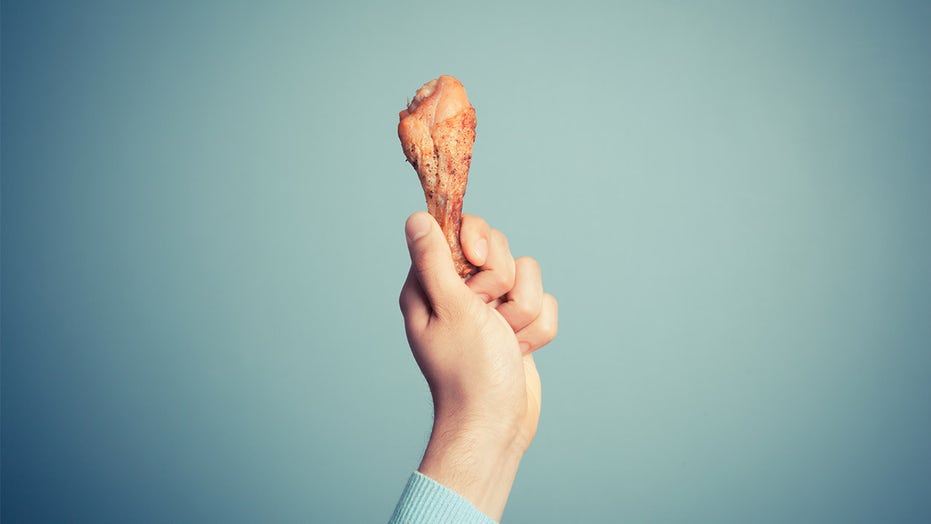 A TikTok influencer’s video of himself eating a chicken leg has become a viral sensation.

Ulhas Kamathe, who has gained a sizable following on the social video platform for chowing down various foods, is getting massive attention for his latest post that shows him biting into a “chicken leg piece” like no other.

In the video, Kamathe -- whose TikTok user name is @ulhaskamathe -- is sitting before two plates of food and is completely draped in several silver chains and rings.

“Chicken kabsa rice,” he announces before grabbing a healthy portion of rice with his hand.

He then moves on to his second plate and grabs a chicken leg.

“Chicken leg piece,” he says before taking a hearty bite.

After Kamathe takes a few bites, he uses his other hand to put up the OK sign, suggesting the chicken leg piece was right on point.

The now-viral video has been liked nearly 165,000 times and has garnered more than 4,000 comments. Other social media users have since turned Kamathe’s TikTok video into a meme, creating their own reaction videos to his stellar food review.

TikTok users hailed him as an “icon,” while others called him the “CEO of food.”

“When he said ‘chicken leg bis’ I felt that,” one person commented, highlighting Kamathe’s pronunciation of “piece.”

“How many more chickens before he has quenched his insatiable hunger?” another TikTok user wrote.

Another person said, “Why does this make me so happy.”

“Makes me chuckle every time,” yet another person commented.

Of course, there were some TikTok users who just couldn’t get past the obvious elephant in the kitchen.

“There’s something called a spoon,” one user said, while another commented: “Dude please use a fork.”