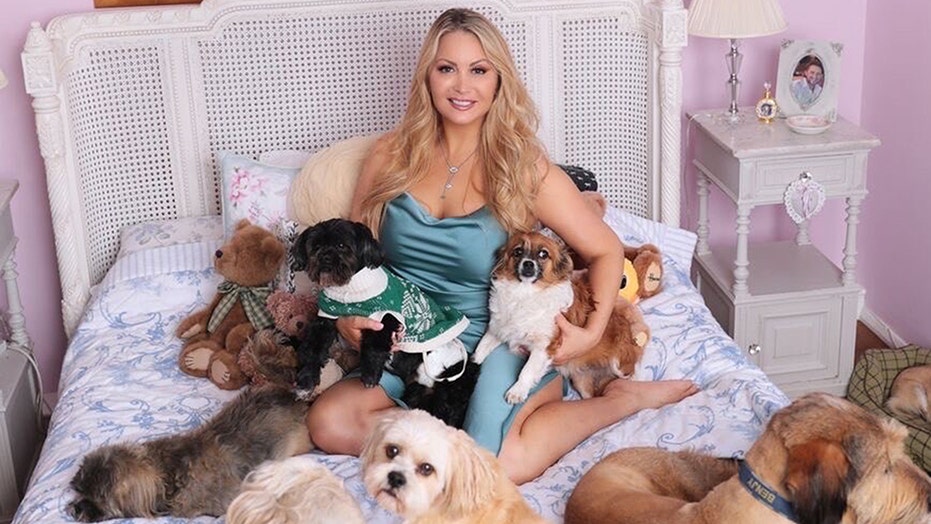 'Tucker Takes On ...': Vegan activist tries to convince Tucker he shouldn't be eating meat at all. #Tucker

They say “you are what you eat,” as one 48-year-old woman in the U.K. has credited her vegan diet and lifestyle for her seemingly ageless complexion.

Victoria Featherstone Pearce was a lifelong vegetarian before turning to veganism 15 years ago and has never looked back. The London woman recently claimed that she’s often mistaken for being in her late 20s, though she feels significantly “healthier and better” today than she did in her youth.

"I have been a vegetarian since I was six years old and became a vegan overnight when I learned about the dark side of the dairy industry at 33," Pearce said, according to The Sun. “I believe this has helped my appearance as I feel healthier and better than I did in my 20s.”

Victoria Featherstone Pearce was a lifelong vegetarian before turning to veganism 15 years ago, and has never looked back. (Caters News Agency)

MCDONALD'S TO LAUNCH FIRST VEGAN MEAL IN THE UK

“I am not ashamed to say I feel and look good – I want to continue rocking it and being sexy until I am 90!” she exclaimed.

The co-founder of animal charity K-9 Angels also alleges that she’s never had Botox and sticks to cruelty-free cosmetics.

Pearce, who also works as a model, said that she has previously faced age discrimination in the harsh industry.

“I have had experiences where we have spoke over the phone and I will be dismissed due to my age,” she alleged. “People hear I am 48 and a distorted image appears in their mind – just because I am older it doesn't mean I look it. I believe mature models have a lot more to offer, and I don’t want to be just a number."

The London woman recently claimed that she’s often mistaken for being in her late 20s, though she feels significantly “healthier and better” today than she did in her youth. (Caters News Agency)

In one memorable experience, Pearce fibbed about her age while applying for a recent gig, and said the employers were shocked to learn her true age.

“Recently, I lied about my age for a German commercial casting – the age bracket cut off at 38 so I tried my luck and got the job!" she said. “I told the truth when they employed me, and they couldn’t believe I was a decade older.

More importantly, Pearce feels it’s critical to advocate for increased inclusivity and representation of all ages in the modeling world.

"The industry needs to change as it also contributes to women of all ages feeling bad about themselves when really modeling should give women confidence, not take it,” she explained.

More importantly, Pearce feels it’s critical to advocate for increased inclusivity and representation of all ages in the modeling world. (Caters News Agency)

The 48-year-old has previously appeared in television commercials for Guinness, Birds Eye Peas and Sony. Recently, she appeared in an “empowering” Models of Diversity calendar campaign.

“The calendar shoot was empowering, and I wanted to prove I am not just a number,” she said.

Though age is just a number, Pearce said it was important to her to appear in the calendar to help advocate for mental health awareness, as she has personally battled depression since she was 21.

“I have been depressed for a long time due to finding out my dad wasn’t my real dad at 21 years of age,” she shared. “Depression doesn’t have a face; most people are shocked when they hear I am. My feelings on the inside don’t match the outside, but I have to battle daily to feel alive.”

“There have been times where I have contemplated suicide, but I found my reason to live by helping dogs,” she admitted.

“Victoria stepped up to show other women that you can overcome your demons, and she really blossomed at the shoot,” Sinclair said.

According to her website, Pearce is also the proud owner of eight rescue dogs and a writer for Vegan Life magazine.

The energetic woman frequently documents her life and times on Instagram, sharing her various adventures with her 15,000 followers.