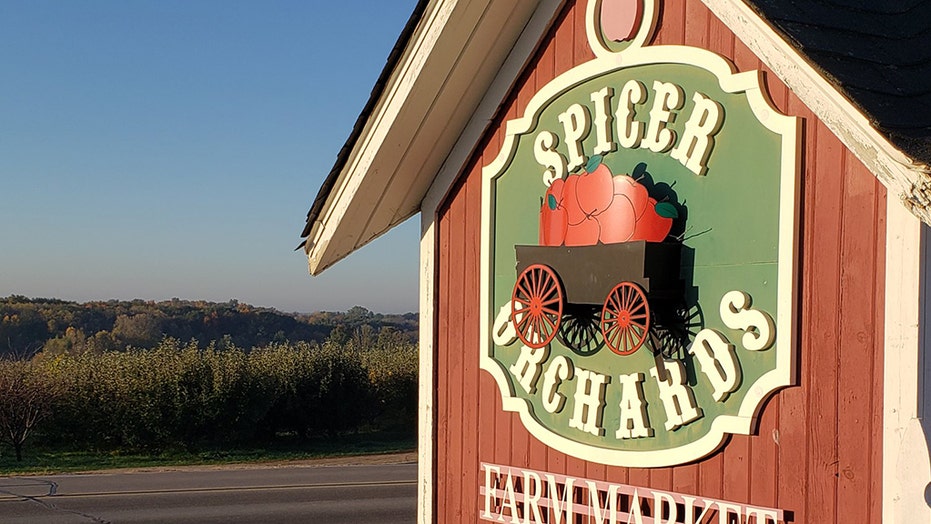 It's a crime that has shaken one family to its core

A Michigan farming family is in disbelief after they say 22,000 apples, which equates to roughly 7,000 pounds of fruit, were stolen from their orchard farm in Linden between late Sunday night and Wednesday morning.

The apples stripped off 5 acres' worth of trees are worth an estimated $14,400 and require an entire year to be grown, the family said.

Spicer Orchards says one of there farms had 22,000 apples stolen between Oct. 6 and Oct. 9. (Spicer's Orchards)

“We were predicting about 7,000 pounds of apples to be harvested over the next week period,” Spicer Orchard Harvest Manager, Matthew Spicer, told ABC 12."Basically, I was pretty upset about it, because it takes a whole year to grow apples and losing something like that, that was our up and coming varieties. Evercrisp is one of our new ones out and was kind of excited to share that with people."

On Sunday, Oct. 6, the apples on Spicer Farms supplemental orchard - located at U.S. 23 and Clyde Road in Hartland -  were reportedly not quite ripe yet. The owners usually check their crops every four days, so on Oct. 9, they decided to check again, according to ABC 7.

SISTERS REUNITED AFTER 75 YEARS THANKS TO ONLINE DNA TEST

The 180 bushels of apples stripped off 5 acres' worth of trees, are worth an estimated $14,400 and require an entire year to be grown. (Spicers Orchards)

Matthew says he believes someone harvested the crops in the middle of the night because the neighbors claim they didn't see anything. The farm reportedly had cameras, but they were pointing away from the crops during the robbery due to it being hunting season, according to WDIV.

“It would have had to be three or four trucks,” Matthew told ABC 7 after the owner reportedly found tire tracks in the grass. "[It would] have to be somebody who would not have to distinguish between ripe and not ripe apples. Because they took them both."

Ryan added that the job would have most likely required a "crew of nine."

The Spicer family has run the orchard for over 50 years and they've never experienced a robbery like this.

“Think about how much time and effort that farmer puts into his crop, and when he doesn’t have a crop, how many times does that have to happen then he cant do what he does,” Ryan told the outlet.

Investigators aren't sure if the theft is related to the 400 pumpkins stolen from an orchard in St Clair County 's Grant Township or 50,000 apples stolen from an Indiana orchard last month.