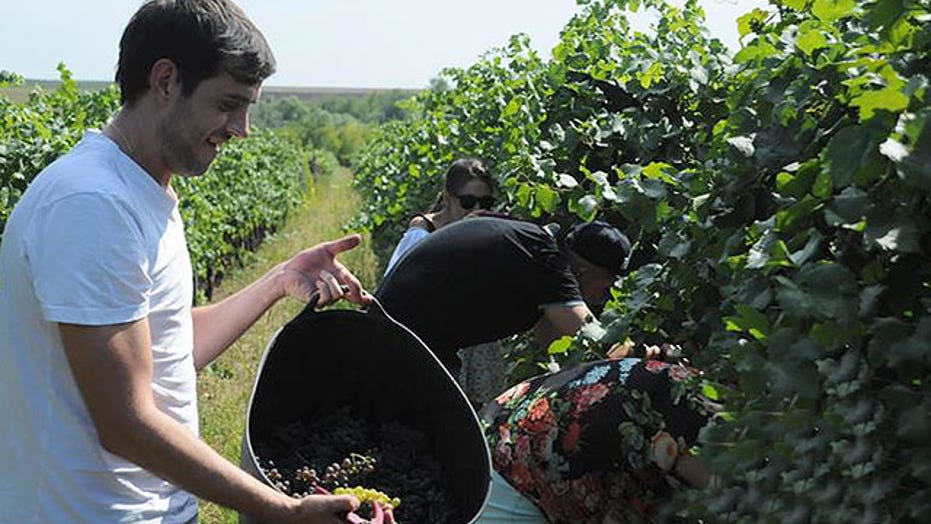 The Unexplored wine region of Moldova

Moldova struggles with Russian sanctions to gain global exposure of their wine. Wine that has been produced in that region for over 5000 years.

Have you ever had a wine from Moldova?  Do you even know where Moldova is? To be honest, I didn’t.

The landlocked, former Soviet-bloc nation is located between Romania to its west and Ukraine to its north, east and south.

And wait for it – wine is one of Moldova’s biggest exports.  As a matter of fact, 25 percent of households in Moldova are in the wine business in some form, says Christy Canterbury, who' s an expert in eastern European wines and one of 10 women who hold the Master of Wine qualification in the U.S.

Even better, winemaking in Moldova dates back over 5000 years to the time of Homer’s Iliad, she says.

Here’s some other stuff that Canterbury filled us in on:

--Moldova has the greatest density of vineyards in the world.

--Cabernet Sauvignon, Merlot, Sauvignon Blanc and others are grown as well

--Moldova’s wine industry accounts for 3.2 percent of the gross domestic product and 7.5 percent of its total exports.

In addition, the wine collection at the Moldovan winemaking plant in Mileştii Mici is the largest in the world, according to the Guinness Book of World Records, with almost 2 million bottles.

And the best part is the the Russians love it! And buy tons of it!

But you know what happens when the Russian people love something, right? Their President Vladmir Putin puts sanctions on it.  And that’s exactly what he did with Moldova wines.

That's not such good news for Europe's poorest country, whose economy is highly dependent on agriculture and the wine industry that goes with it.

So I want you to be adventurous and drink for a cause.  Go try a Moldovan wine and support the country.

Canterbury brought the wines below:

They were wonderful, so easy to drink – and so affordable!

Hopefully Putin changes his mind soon, but until then, assist the people and go buy their wine.