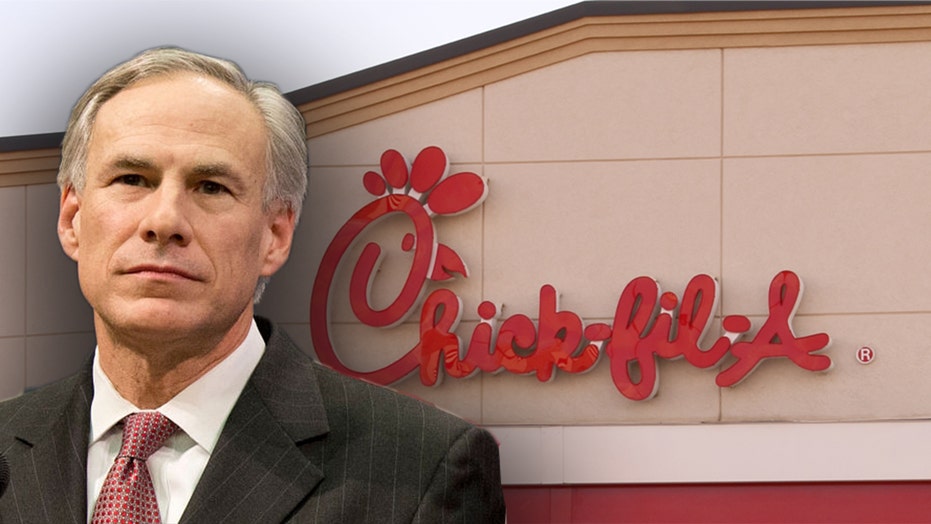 Texas Gov. Greg Abbott on Monday signed the so-called “Save Chick-fil-A” bill into law, a new provision that supporters say defends the fast-food restaurant and protects religious freedoms. Opponents have argued it discriminates against the LGBT community.

Abbott, a Republican, did not hold a public signing ceremony, but he had signaled his support through a tweet a few weeks ago, DallasNews.com reported.

On May 20, Abbott tweeted a picture of a Chick-fil-A soft drink in front of a laptop showing a news article with the headline “'Save Chick-fil-A' bill heads to Texas Gov. Greg Abbott’s desk” and wrote, “So. What are the odds I’ll sign the Chick-fil-A bill? I’ll let you know after dinner. @ChickfilA #txlege”

The new law stops the government from taking unfavorable action against a business or person for contributing to religious organizations.

The bill was fast-tracked in the GOP-controlled legislature and was introduced after the San Antonio City Council blocked Chick-fil-A from opening a location in the city’s airport because of reported donations to organizations that protest gay marriage and other LGBT issues.

Some council members said they were taking a stand over Chick-fil-A’s values and the fact that the owners have donated to anti-LGBT causes.

In March, council member Roberto Trevino reportedly said the city did “not have room in our public facilities for a business with a legacy of anti-LGBTQ behavior.”

Republicans responded with a bill that would not allow cities to take “adverse action” against an individual based on their contributions to religious organizations.

The bill rekindled battles over divisive social issues. The legislature was riled over a “bathroom bill” targeting transgender people two years ago. LGBT lawmakers said during emotional floor speeches that they'd had enough.

Texans holding signs supporting gay marriage outside of a Chick-fil-A in Tyler, in 2012.  (Sarah A. Miller/Tyler Morning Telegraph via AP, File)

State Rep. Jessica Gonzalez, a Democrat, said the bill was a personal insult given she is openly gay, DallasNews.com reported.

"Of course this bill is aimed at me," she said. "It's about reminding those of us who have never belonged not to get too comfortable."

Fort Worth Republican Rep. Matt Krause, the House sponsor, defended the bill as a way to protect the rights of religious Texans.

"I want to thank Governor Abbott and appreciate that he agrees that protecting Texan's religious liberty rights is of utmost importance," Krause told Fox News.

When asked what his response is to those who oppose the bill Krause told Fox News, "I continue to categorically deny that this bill has any discriminatory language or intent. It's simply not there."

He added, "This legislation applies to all Texans equally. I would think we could all agree the government should not penalize individuals and businesses based off their association with, donation to, or support of religious organizations."

Other lawmakers involved did not immediately return Fox News' requests for comment.

The new law is set to go into effect on Sept. 1.