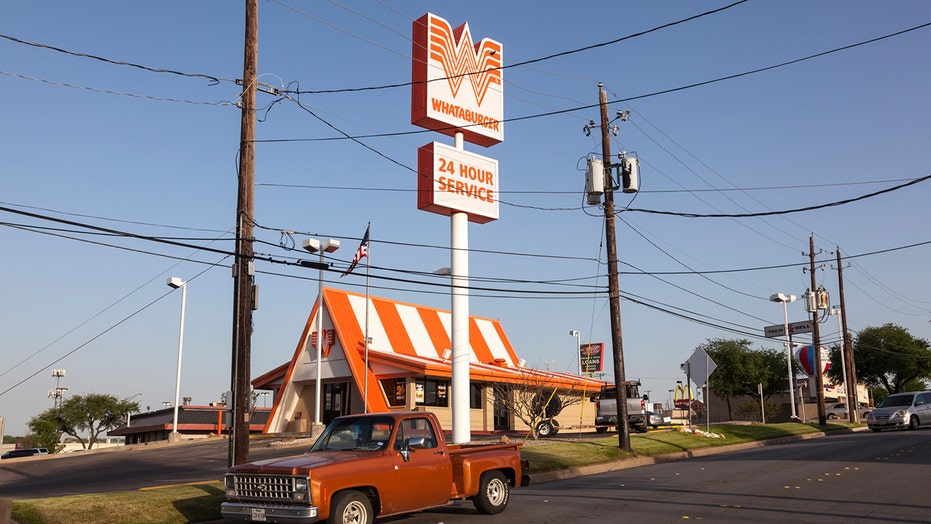 A newlywed couple in Texas decided to say “I do” all over again — but this time with the scent of beef and cheese in the air.

Jordan and Arianne Moore originally exchanged vows on Jan. 11 at a church in front of family and friends, but decided to stage an altogether separate ceremony at a San Antonio Whataburger on a whim.

“A group of our friends who had not gone home yet were super hungry,” Arianne told My San Antonio of the double wedding. She then suggested they all go to Whataburger, and claimed she tried to change into "regular clothes," but the wedding party was already dressed, so she just decided to go as-is.

That’s when Arianne decided to just “get married again” inside the Whataburger.

BRIDE GIVES GROOM 'SHOCK OF A LIFETIME' AT WEDDING RECEPTION

Footage shared by My San Antonio shows the wedding party laughing as a friend walks Arianne down the aisle – or rather, the tile floor of the Whataburger – before a friend begins officiating the ceremony.

It’s unclear if the friend was ordained or qualified to officiate a Whataburger-based ceremony, but one of the onlookers claims she’s going to cry nonetheless.

A Twitter post shared by a woman claiming to be the bride’s sister added that the wedding party was treated to discounted food, and that the staff all signed a wedding card addressed to the couple.

She also said she hoped that her sister and brother-in-law were treated to free Whataburger for a year.

Jordan and Arianne, however, weren’t the first couple to celebrate their union with Whataburger.

Daniel and Bianca Baca – who were married in San Antonio in November – stopped at the burger joint to order a post-ceremony patty melt with easy onions and a Honey BBQ sandwich, while still in their wedding attire.