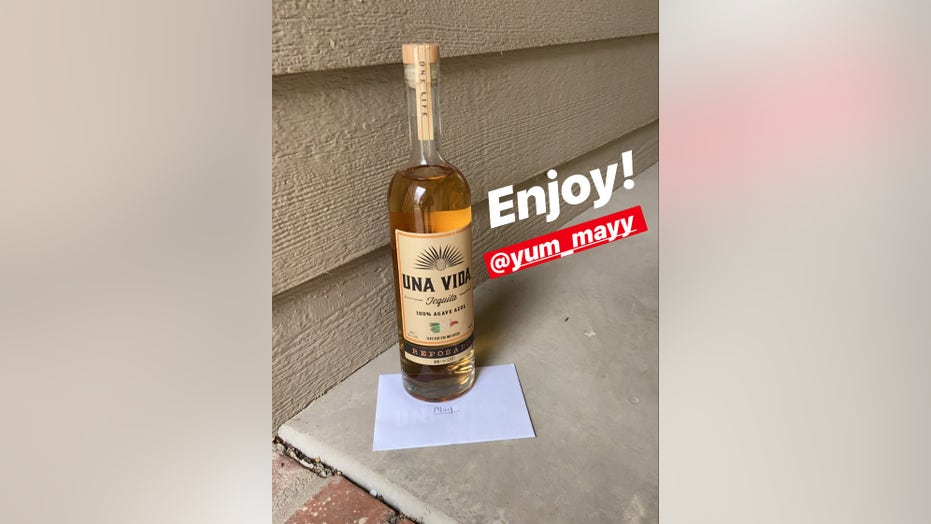 Americans celebrate Cinco de Mayo with Mexican-flavor, including drinking the popular spirit tequila. Learn about the rich history of the tasty drink. Salud!

Who would have thought so many people would be interested in free booze during one of the most depressing eras in recent history?

The owners of a tequila brand say they’ve been mobbed with requests for free tequila after offering bottles of their spirits to restaurant and bar employees who are currently out of work in parts of Missouri and Kansas amid the coronavirus pandemic.

HOW LONG DOES ALCOHOL LAST BEFORE GOING BAD?

Bryce Lob and Zach Conley, the co-founders of Una Vida Tequila, had decided back in March to begin offering their spirits to laid-off or furloughed workers in the St. Louis and Wichita areas by first putting out the word to bar managers in St. Louis after Missouri closed off bars and restaurants to in-person dining. They had also shared news of their offer on their personal social media accounts, expecting only a few dozen responses.

Bryce Lob and Zach Conley, the owners of Una Vida Tequila, joked to Fox News that they're trying to "lift spirits" during this difficult time for the restaurant and bar industry. (Una Vida Tequila)

"We have a stash of tequila, a personal inventory, that we use for events and tastings on the weekends. Obviously, with everything going on, we couldn’t use it," Conley told Fox News.

Lob added that the majority of their initial requests came from friends in the industry who were supporting their brand from "day one." But after delivering a few bottles and tagging the recipients on social media, Lob and Conley said the news began to spread via word of mouth, and just "exploded from there."

To date, Lob, Conley and their media manager Oliver have personally delivered roughly 2,000 bottles to out-of-work hospitality employees in the St. Louis and Wichita areas. Each contactless delivery also comes with an accompanying thank-you note from the self-dubbed "tequila fairies."

Lob, Conley and another employee have personally delivered around 2,000 bottles — each with an accompanying thank-you note — since becoming "tequila fairies" back in March. (Una Vida Tequila)

Judging by the Una Vida website, it appears that that Lob and Conley’s offer attracted interested parties from far and wide.

“Overnight, our ‘Tequila Fairy’ story blew up nationally,” reads a message that greets visitors to the Una Vida website. "This is only meant for bar/restaurant workers who have been laid off in Missouri and Kansas. With it just being the two of us, we’re doing our part in local communities. We apologize if you’ve seen this story on your local news networks in other areas. We physically can’t drop off bottles all over the country and cannot ship alcohol. Believe us, if we could we would."

Even though they can't deliver outside of the St. Louis or Wichita areas, Lob and Conley told Fox News they hope their story inspires others to "help each other out during all of this" and "do what you can." Their distributor, Major Brands, was even inspired to chip in, donating bottles of Una Vida Tequila back to the company so they could continue their "tequila fairy" efforts.

“We’re men of our word," Lob told Fox News on Tuesday morning. "If you’re a hospitality person and you’re out of a job in [the St. Louis of Wichita areas], just give us your address and we’ll give you a bottle. It may take us a week… but we’re getting it done.”