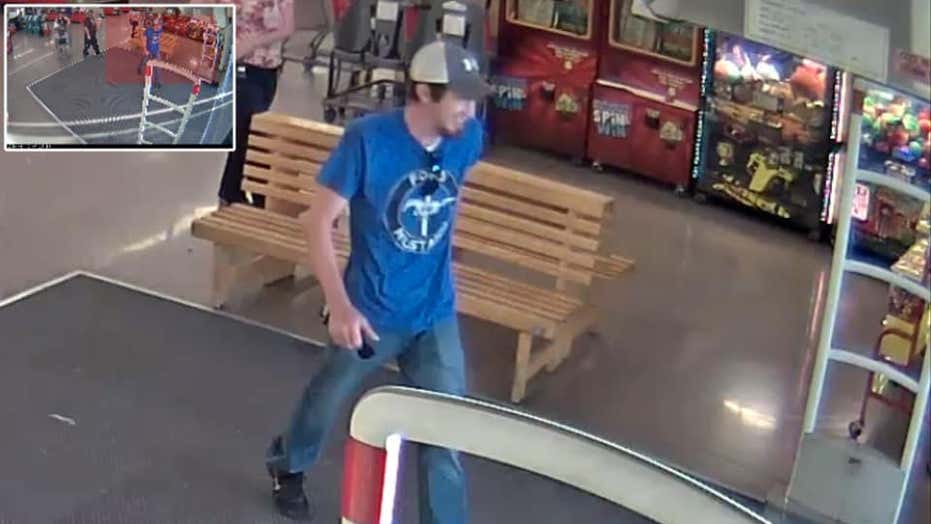 Authorities in Texas have identified an irate supermarket shopper who threw a steak at an employee after learning the store had implemented limits on the purchase of meats.

The Leander Police Department says the suspect, who was captured in surveillance footage, was shopping at an H-E-B at approximately 7:30 a.m. on Sunday when he was informed of the product limit. He then assaulted the cashier by throwing a packaged steak and a head of lettuce at the H-E-B employee, police say.

Following the incident, Leander Police shared a photo of the suspect and his white Ford Fusion on Facebook, asking for the public’s help in identifying the assailant. Police later confirmed they were able to positively identify the man, and thanked “everyone for their help.”

Leander Police did not disclose what specific assault charges the suspect was facing, but the department’s Facebook following was glad to see that he was one step closer to justice.

“Ugh..that is just awful!” wrote one commenter. “Those workers are busting their tails and risking their own health every day to keep us fed and ppl have to act like this.”

“I would ban this man for life from using any grocery store in the town where he lives!” another wrote.

H-E-B, which operates over 340 stores in Texas and Mexico, is one of several larger supermarket chains to impose product limits on meats. The company’s current policy, which was updated on May 8, restricts shoppers to five total packages of either fresh beef, ground beef, chicken, pork or turkey, among other limitations.

H-E-B, which operates over 340 stores in Texas and Mexico, had recently restricted shoppers to five total packages of either fresh beef, ground beef, chicken, pork or turkey, among other limitations. (Google)

Large retailers such as Costco and Kroger have also implemented meat limits to ensure shelves stay stocked amid the coronavirus health crisis. In late April, industry analysts and insiders predicted supermarkets would soon be offering fewer cuts of meat — and at higher prices — due to supply-chain issues caused by the pandemic.

John H. Tyson, of Tyson Foods, had even published a full-page ad in the New York Times, Washington Post and Arkansas Democrat-Gazette to warn that the “food supply chain is breaking” after the company — as well as other meat companies — were forced to close a number of plants due to outbreaks of COVID-19 or staffing shortages caused by the pandemic.