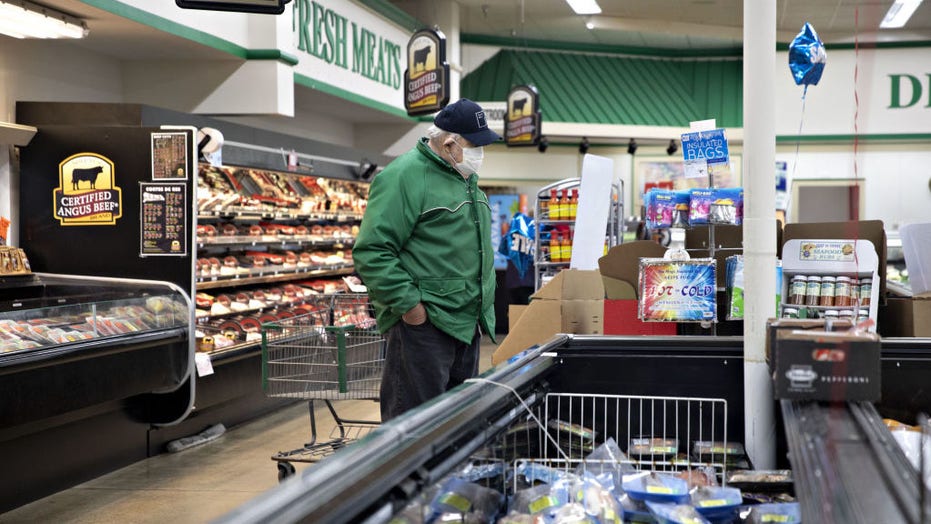 A possible disruption in the food-supply chain isn’t expected to leave the supermarket’s meat aisle completely bare, but it may leave shoppers with their less-preferred cuts — and paying slightly more for them, too.

Industry analysts and insiders have been warning of possible meat shortages since earlier this month, after several of the nation’s larger meat-processing plants were forced to close, either due to staffing shortages related to the ongoing coronavirus pandemic, or coronavirus outbreaks among employees. The country’s pork production alone is estimated to be down by 25 percent, following the closures of the Smithfield Foods plant in South Dakota, and the Tyson Foods facility in Iowa, among others.

“It’s down across the board right now, so the next couple of weeks we should see how the system works,” said Sarah Little, a spokeswoman for the North American Meat Institute, in a statement obtained by The Associated Press. “It’s never been tested like this before.”

One livestock analyst, who works with Archer Financial in Chicago, told NBC News he believes consumers could see shortages of some meat items as soon as next week.

"My guess is that about one week out, perhaps around May 1, shortages will begin developing at retail meat counters,” Dennis Smith told the outlet.

Overall, however, there are currently record amounts of meat in cold storage, according to the United States Department of Agriculture (USDA). In a report released last week, the USDA said the nation’s total frozen poultry reserves were up (by 4 percent) while beef reserves were down slightly (2 percent). Pork reserves fell furthest, at 4 percent, down to 621 million pounds.

Getting meat to market is where there may be hiccups, analysts say. Meat that was intended for restaurant use, and therefore packaged in larger cuts or quantities, would need to be sent straight to butchers or supermarkets to be cut for customers, The Associated Press reports. The USDA also expects prices to rise, though not significantly: around 1 to 2 percent for beef, up to 1.5 percent for poultry, and 2 to 3 percent for pork.

The USDA also plans to purchase $3 billion in meat, produce and dairy as part of the government's Coronavirus Farm Assistance program, which should help to stabilize prices, according to The Associated Press.

“By and large, there’s been enough food," Jayson Lusk, an economist at Purdue University, told the outlet. “You might not get your exact variety that you want or the exact type you want, but there’s been food available if you have the money to buy it.”

Concerns over the nation’s food supply have been growing since the shuttering of large meat-processing facilities across the country, namely those operated by Smithfield, Tyson Foods and JBS. John H. Tyson, of Tyson Foods, even published a full-page ad in the New York Times, Washington Post and Arkansas Democrat-Gazette to warn that the “food supply chain is breaking” after the company was forced to close a number of plants due to outbreaks of COVID-19 or staffing shortages caused by the pandemic.

"Millions of animals – chickens, pigs and cattle – will be depopulated because of the closure of our processing facilities. The food supply chain is breaking," wrote John H. Tyson, Tyson Foods' chairman of the board. (Jeff Reinitz/The Courier via AP)

Kenneth M. Sullivan, the president and CEO of Smithfield Foods, had previously warned of “severe, perhaps disastrous” consequences for the country’s meat supply chain following the closure of its South Dakota plant.

“The closure of this facility, combined with a growing list of other protein plants that have shuttered across our industry, is pushing our country perilously close to the edge in terms of our meat supply,” Sullivan said in a media release issued on April 12.

In response to the growing number of plants being forced to temporarily close, the CDC has also issued guidance for operators of meat-processing facilities on best practices, including tips for screening employees and reducing exposure while at work.