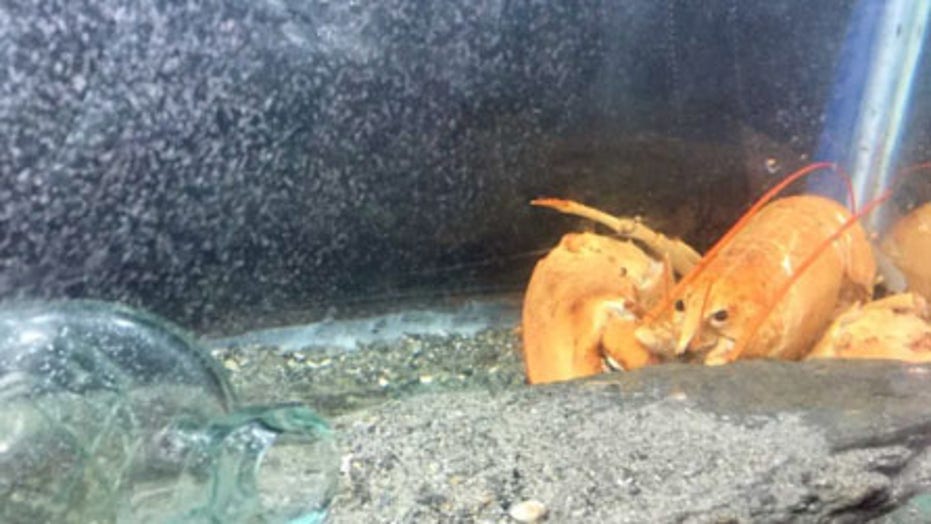 A quartet of lucky lobsters have been saved from a dinner-plate fate after shoppers spotted the odd specimens inside tanks at New England supermarkets.

Three of the rare lobsters, whose shells had more vibrant reddish-orange shades, were discovered at a Stop & Shop in Cromwell, Conn. A fourth was found in a tank at Stop & Shop in North Attleboro, Mass.

After the first was spotted, Fox 61 reported that lobsters with vibrant red hues – before they’re cooked – may be as rare as 1 in every 10 million.

The Cromwell location’s lobsters (Moe, Larry and Curly) are now living at Beavertail State Park's aquarium in Jamestown, R.I., while the North Attleboro lobster (which, to the best of anyone’s knowledge, was not named Shemp) is at a biology center in North Kingstown, R.I., WVIT reported.

Meanwhile, the rest of the stores’ lobsters are presumably still slated for big pots of boiling water.