ABC has announced that it is canceling the reboot of ‘Roseanne’ after racist tweet made by Roseanne Barr.

Long before she was writing racist and offensive things on Twitter, Roseanne Barr was allegedly berating and mistreating staffers on the set of her eponymous sitcom, once forcing an underling to grill six burgers – all for her – under a broiling sun, a former TV exec says in a report.

The source, who asked not to be named, told The Sun of the UK that everyone walked on eggshells on the “Roseanne” set in the 1990s, where the comedian apparently displayed a disturbing paranoia.

“She was a yeller – she would yell at people especially to people she didn’t recognize and that’s scary when you’re exhibiting this extreme diva behavior to people who didn’t do anything,” said the former exec, who worked with Barr for two years in the ’90s.

“But he felt like he couldn’t say no. I’ll never forget he said she’d made him make her six burgers." (Reuters)

“Sometimes people could just walk by her and she’d yell: ‘What are you doing in here?’ She was paranoid that the executive producers were spying on her,” the source said.

“I had an assistant who was a young guy and I needed Roseanne to either look at something or sign something and Roseanne had pretty much barricaded her set from executives coming by because she was paranoid.”

When the assistant returned after more than four hours, he was “really, really upset because she’d given him an apron, made him go outside in the heat and make burgers for him and some others.”

“He was upset that she made him do something that was not his job or in his job description – and he wasn’t her assistant,” the source told the news outlet.

“But he felt like he couldn’t say no. It was fairly demeaning when he’d gone there to ask her to sign papers. I’ll never forget he said she’d made him make her six burgers – six just for her – and she ate them all. Then she had him make burgers for the others.”

The former TV honcho said he did not recall the volatile star exhibiting racist behavior.

“I think she is just mean – she’s just always ready to say a horrible thing, whatever will hurt the most,” the source said. “This is nothing new. She’s always been this way and they didn’t even have Ambien back then.”

On Wednesday, Barr blamed the sleep drug for the Twitter meltdown that led to her show reboot to be canceled by ABC. 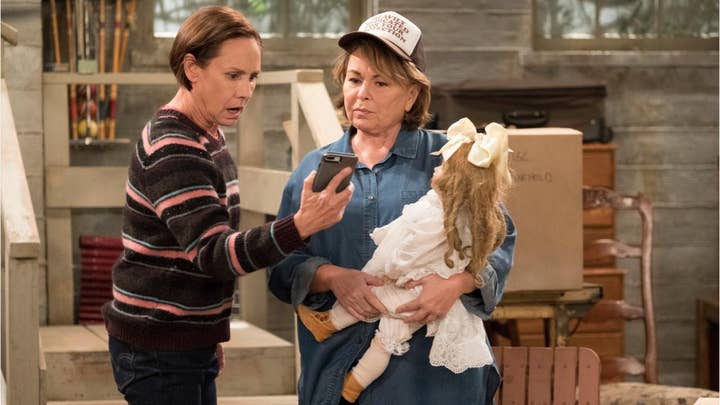 In one of her tweets, Barr wrote that if the Islamist political movement “muslim brotherhood & planet of the apes had a baby = vj,” referring to Valerie Jarrett, a former aide to President Barack Obama.

“I grew to despise Roseanne because of the nasty s— she did to people for no reason – and it was always the people on lower pay, the defenseless and powerless people,” the source told The Sun.