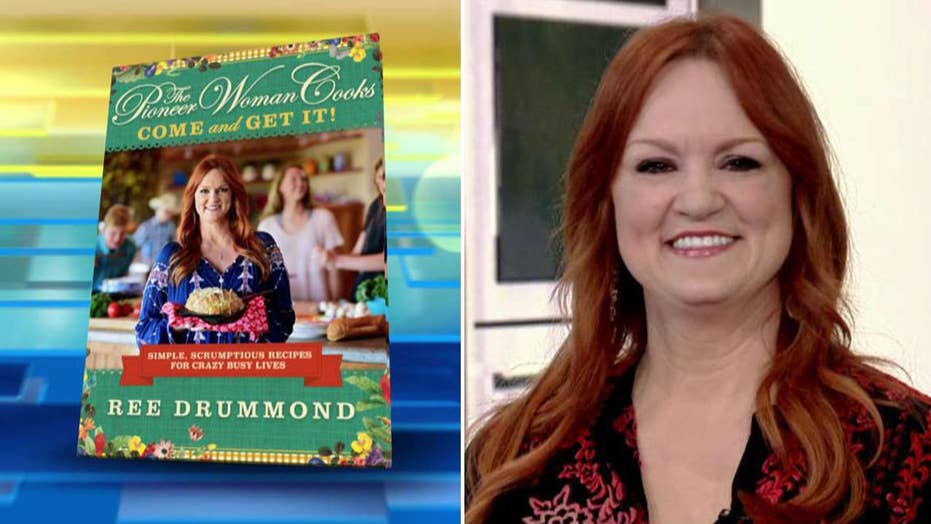 Ree Drummond shares her favorite recipes from her new book

'The Pioneer Woman' shows you how to make a meal without the stress.

Ree Drummond may dazzle in the kitchen with her traditional homestyle flair, but has no problem cutting a few corners when entertaining on short notice.

On Dec. 19, the Pioneer Woman shared a sweet snapshot to Instagram of her collegiate daughter Alex who arrived back at the family ranch with a slew of friends earlier than anticipated. Logically, the mom of four soon served up a universal crowd pleaser: store bought fried chicken.

“Alex had a big group of her college friends come visit the ranch, and it was such a fun time! I thought they were arriving Sunday evening and planned to make lasagna, Caesar salad, and garlic bread to feed the crowd. Instead, they showed up just when church was ending, around 11 a.m.,” the Food Network star revealed.

“So we picked up fried chicken, mac and cheese, mashed potatoes, and corn from Pawhuska Hometown Foods (our local grocery store), broke out the Solo cups and paper towels, and called it good. Welcome to my frontier!”

Just as relatable as she is cooking savvy, it’s no surprise that Drummond knew just what to serve. The bestselling cookbook author told Fox News in a Nov. 17 interview that the power of planning ahead in the kitchen is not to be underestimated, whether it’s a special occasion or every day meal prep.

“It just makes the day so much more fun because no one wants to go to a holiday party where the host is stressed, or she’s not there because she’s in the kitchen. I’m a big proponent of prepping ahead and planning ahead and the day-of, making it as easy as pie,” she said.

Rock on, Pioneer Woman, rock on.