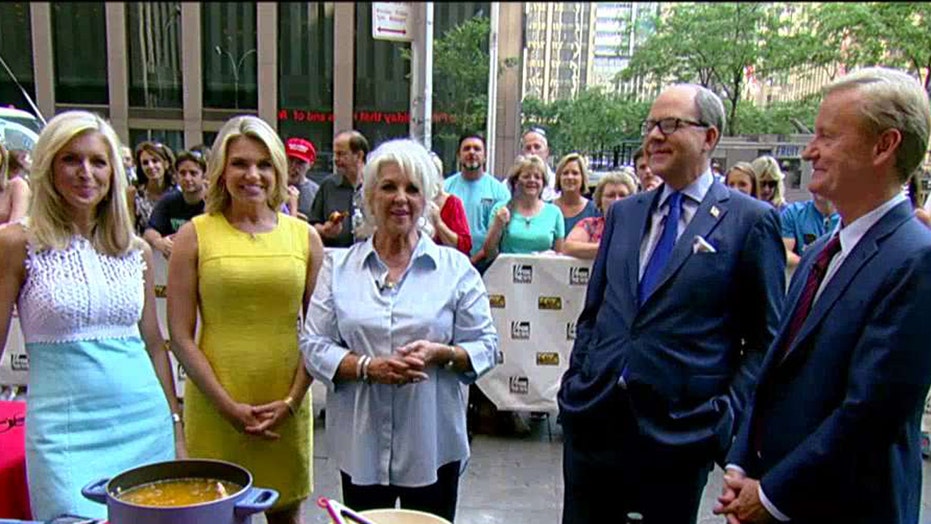 After the Show Show: Paula Deen

This week, Deen announced via Facebook that she'll be opening an eatery called Paula Deen’s Creek House. The new space will be “nestled on the water” in her hometown of Savannah, Ga.

The family oriented restaurant will serve lunch, dinner and drinks with some good old Southern hospitality.

PAULA DEEN REVEALS ONE OF HER FAVORITE RECIPES

Located in the palms of Turner’s Creek, the restaurant will serve seafood dishes and homestyle favorites like chargrilled oysters, shrimp and grits, seared ahi tuna, and steaks-- all with a beautiful seaside view.

Naturally, Deen will also be featuring some Southern-style barbecue-- a nod to her sons-- with a section of the menu called “Deen Brothers BBQ” featuring baby back ribs, pulled pork tacos, a pulled pork plate and a barbecue sirloin steak.

The cocktail menu features mason jar margaritas, Savannah-style spiked lemonade, a Moscow mule slushie, plus plenty of wines by the glass and-- because it is 2017-- lots of local craft and domestic beer options, reports Delish, which snagged a preview of some of the new dishes.

Creek House Seafood and Grill is set to open in June and will be former Food Network host's third Savannah restaurant.