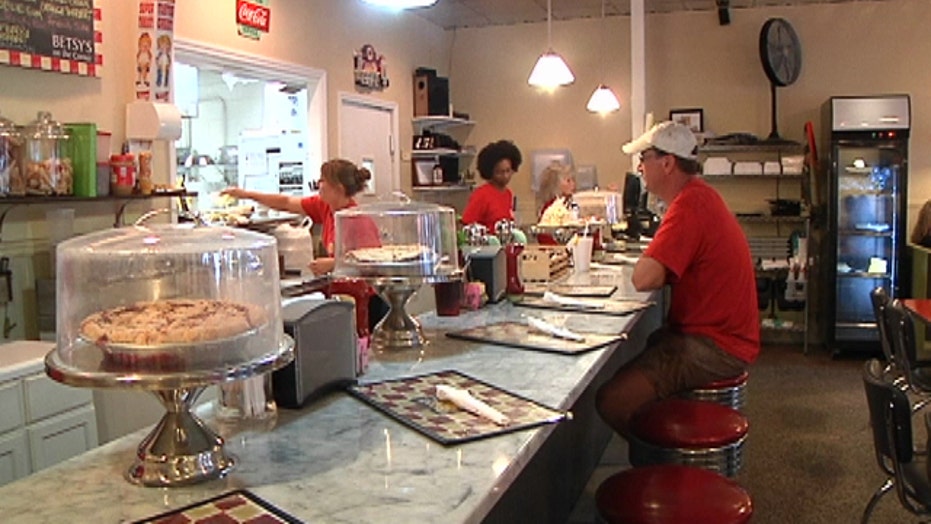 Who doesn't love to step back in time when chomping on their favorite dish?

Think poodle skirts, old-fashioned hamburgers, ice cream sundaes--and that’s what you’ll get when you walk into Betsy’s on the Corner in Aiken, S.C.

“I grew up in the South, so I was looking to do very old fashioned, traditional things that you would find in a diner,” said Betsy Simon, owner of Betsy’s On The Corner when she decided open her own place.

As swank, new restaurants and changing food trends sweep the nation, casual diners continue to have an enduring appeal. Cities like Los Angeles and New York are known of their greasy-spoon joints with Formica table tops, unlimited coffee-refills, and sassy waitresses.

But Simon says it was Aiken's small-town feel that inspired her to set up shop there, at a time when people everywhere were calling for good, basic food.

“I felt like there was a real resurgence in diners,” said Simon.

Though his diner has been around since the 60’s, five years ago it got a makeover. This diner, covered wall-to-wall in University of Louisville paraphernalia, knows just what to serve up to keep the hungry college students returning night after night for a late night snack.

“We have kind of hit a sweet spot,” said Borsch. “Whatever you are craving, you can get it any time of the day.

Most of the diners around the country have their biggest crowds in the very early morning hours. Just ask Fred Eric, owner of Fred 62 in Los Angeles. “Our late night from 12 to 4 is as busy as any of our time periods that we have.”

Although famous for its breakfast menu and milkshakes, Fred 62 is also known for its customers. From Madonna to Katy Perry, this retro diner is sure to have a famous face on a daily basis.

“You might have Heather Graham making out in a booth, which has been known to happen,” said Eric.

In Atlanta, Majestic Diner also has customers coming back for more of their favorites.

“We have stuck to the basics and we have never tried to embellish our menu or our food,” owner Tasso Costarides told Foxnews.com. “At heart, we are just a greasy spoon.”

This art deco diner has a two to three page menu that features simple, classic dishes.